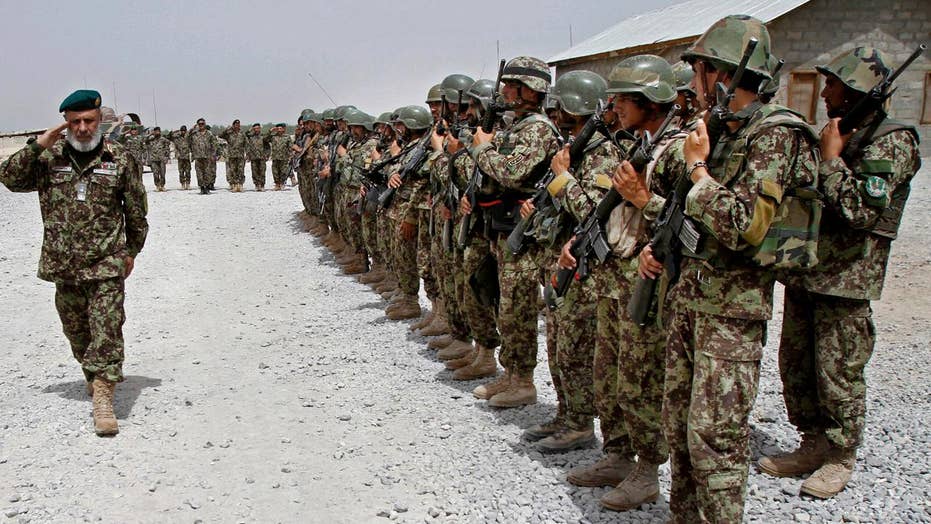 An increasing complex web of terror groups like the Taliban, ISIS, and Al Qaeda becomes major national security concern for the US. Chris Snyder reports

The eastern region of Afghanistan where the U.S. dropped its largest non-nuclear bomb Thursday -- just days after a Green Beret was killed fighting there – reportedly has been battling an uprising from Islamic State and anti-government armed groups in recent years.

At least 132 loyalists of the ISIS terror group have been killed by security forces in Nangarhar province over the past six days, Ministry of Defense officials told Afghan news agency Khaama Press. The province’s calmness in recent years has been disrupted by the insurgency.

Among those killed: two key leaders in charge of training ISIS recruits in the region, the provincial police said.

The raids were part of regular Afghan and U.S. military activity in in the region and come amid concerns that ISIS and its affiliated groups are trying to make the region their operational base, Khaama Press reported.

An Afghan TV network, TOLO News, reported Monday that 250 ISIS militants and seven Taliban commanders have been killed in the region over the past ten days as part of an anti-terror operation called "Hamza".

Shinvari said posts will be established in areas that are cleared of insurgents.

Other residents in the Nangarhar province have been urging villagers not to let ISIS militants move into their territory and to cooperate with Afghan Security Forces in their removal, TOLO news reported.

White House Press Secretary Sean Spicer said Thursday that the 21,000-pound bomb was dropped by the U.S. in the Achin district of Nangarhar province to target "a system of tunnels and caves that ISIS fighters used to move around freely."

The Massive Ordinance Air Blast (MOAB) is also referred to as the “Mother Of All bombs.”