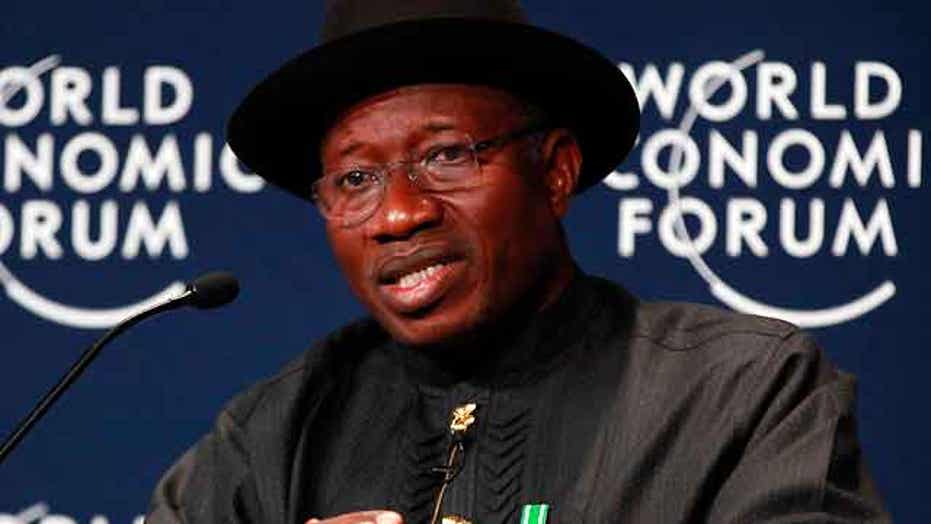 The hundreds of kidnapped schoolgirls missing for three weeks in Nigeria may have been broken up into smaller groups and  may -- or may not -- still be in Nigeria, senior U.S. officials with knowledge of the search told Fox News.

American and British security experts are in northeastern Nigeria to help search for at least 276 schoolgirls kidnapped by Islamic militants on April 15.

At the same time, senior U.S. officials with knowledge of the search told Fox News the U.S. believes the schoolgirls have been separated. One official said there was some discussion about whether to send drones to help in the search.

Any additional aid would need to be requested by the Nigerian government.

The American team was joined by six additional military officers and more are expected soon, said Pentagon spokesman Navy Rear Adm. John Kirby. The U.S. officers will do a "gap analysis," an assessment to identify what the Nigerian military needs that the U.S. could provide in the search for the girls, he said.

“Everybody shares the same sense of urgency here. We know that time is not on our side. The girls have been gone a long time. We all know that geography is not on the side of the Nigerians in trying to find them. So they're going to work as quickly and efficiently as they can,” Kirby told reporters on Friday.

Hostage negotiations is another area where the American team will assist, said U.S. State Department spokeswoman Jen Psaki. Another 7 American officials headed to Nigeria Friday, including some from the State Department and the FBI, Psaki said.

A British team arrived in Lagos Friday to join U.S. officials and intelligence agents to find and rescue the girls, as members of the terror group Boko Haram continued to stage attacks in the region.

Britain said its aim was not only to help with the current crisis but to defeat Boko Haram. "The team will be considering not just the recent incidents but also longer-term counter-terrorism solutions to prevent such attacks in the future and defeat Boko Haram," the Foreign & Commonwealth Office said in a statement Friday.

Amnesty International released a report Friday that said the military did not respond after warnings that Boko Haram rebels were about to attack Chibok. Nigerian security forces had four hours of notice before the attack by rebels, but did not react because of fear of engaging the terrorists, the report states.

Amnesty cites multiple interviews with credible sources. "This abduction could have been prevented," Amnesty spokeswoman Susanna Flood said, of the Nigerian military's inaction.

China, France, and Spain have also offered help to the Nigerian government, after worldwide protests about the lack of action to bring the girls home. Nigerian President Goodluck Jonathan said Friday he believes the girls are still in the country.

"There are stories that they have moved them outside of the country. But if they move that number of girls to Cameroon, people will see, so I believe they are still in Nigeria," Jonathan was quoted by Reuters as telling reporters on the sidelines of the World Economic Forum.

"We are also working with the experts that will use remote sensors to see them (insurgents) wherever they are. So that basically says they are within the Sambisa area," Jonathan said, referring to the remote forest near the school from where the girls were abducted.

Meanwhile, the government of Borno— the Nigerian state from which the girls were taken-- identified the 53 girls who escaped the Islamic militant kidnappers. The Borno government said in a statement received Friday that some of the 53 girls escaped the day they were taken, and others fled the Boko Haram camps in the following days.

Naming the girls could potentially subject them to stigma in conservative Nigerian society. A rights group and some of the girls’ parents have said the girls could be forced to marry their abductors or sold to others, for as little as $12.  Boko Haram's leader threatens to sell the girls into slavery.

Outrage over the missing girls and the government's failure to rescue them brought angry Nigerian protesters into the streets this week, an embarrassment for the government which had hoped to showcase the country's emergence as Africa's largest economy as it hosted the Africa meeting of the World Economic Forum.

Chibok residents staged a march in the streets Friday to press the local government to do more to find the missing girls. Demonstrations have been held around the world and a social media campaign of (hashtag) BringBackOurGirls continued to grow.

A local government official confirmed that Boko Haram bombed a bridge linking the town of Gamboru to the Borno state capital, Maiduguri, the headquarters of the Nigerian military offensive. Gamboru was attacked Monday by the extremists, leaving many casualties. Estimates of the death toll from that attack ranged from 100 to as many as 300.

Local security officials said Friday that Boko Haram militants bombed the bridge as they retreated following the attack on Gamboru's main market, where at least 50 bodies have since been discovered from the debris of burned shops.

Communications with the remote town are difficult and it was not immediately possible to reconcile conflicting accounts of when the bridge was bombed. One account said Monday while another said Thursday.

The bombing of the bridge also prevents army convoys from reaching Gamboru while leaving the way open for the insurgents to escape across a strategic bridge into neighboring Cameroon -- a bridge leading into mountains where the militants are known to have hideouts in caves.

Boko Haram has killed more than 1,500 people so far this year as part of their campaign to impose Islamic law on Africa's most populous nation, which has 170 million people equally divided between Christian and Muslim.

The homegrown terror group was largely contained to the northern part of Nigeria before expanding its reach with the help of Al Qaeda in the Islamic Maghreb, the terrorist network's affiliate in West Africa, which trained Boko Haram fighters in its camps in southern Somalia, beginning in 2010.