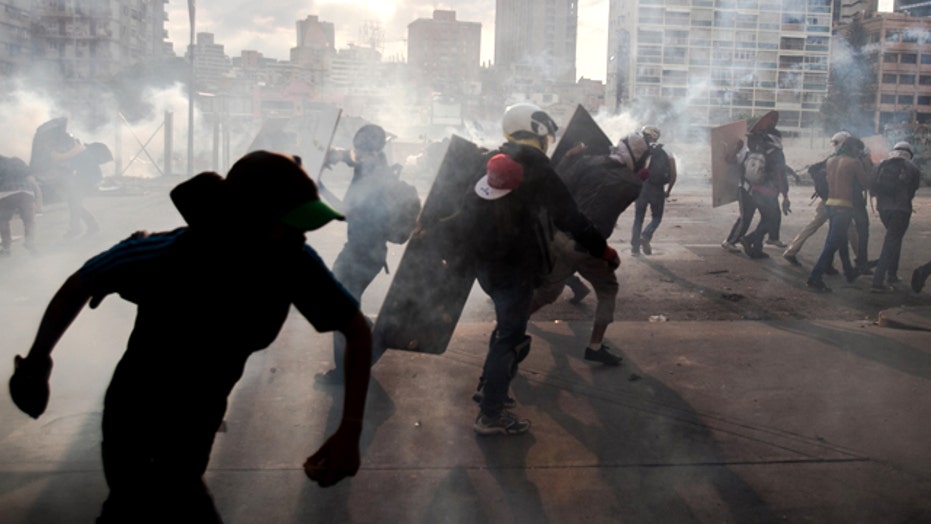 Is Venezuela the next Ukraine?

Supporters and foes of Venezuelan President Nicolás Maduro took to the streets of Caracas on Wednesday, marking a month similar rallies brought the first bloodshed in a wave of unrest across the nation. Fears are growing that instability in the oil-rich country could spread throughout the region. Could Venezuela become the next Ukraine? What's the end game?

Watch Leopoldo Martinez, Former Venezuelan Congressman and Director of the Center for Democracy and Development in the Americas, talk with Fox News Latino above.