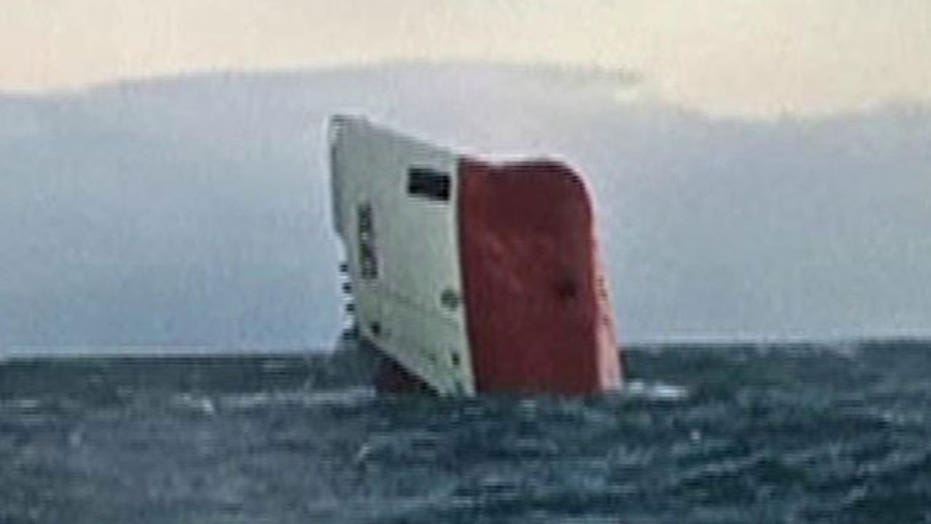 Rescuers have called off the search for the crew of the Cyprus-registered cement carrier Cemfjord, whose upturned hull was spotted by a passing ferry Saturday in the Pentland Firth.

The vessel's management company says bad weather was likely a factor in its sinking. The ship, which carried seven Polish crew members and one Filipino, did not send a distress signal.

Tony Redding of the German shipping company Brise said investigators would "look for abnormalities. And at the moment we don't have any, apart from the fact that there was severe weather at the time."

A ship was to scan the seabed Monday using sonar to assess how the Cemfjord is lying.