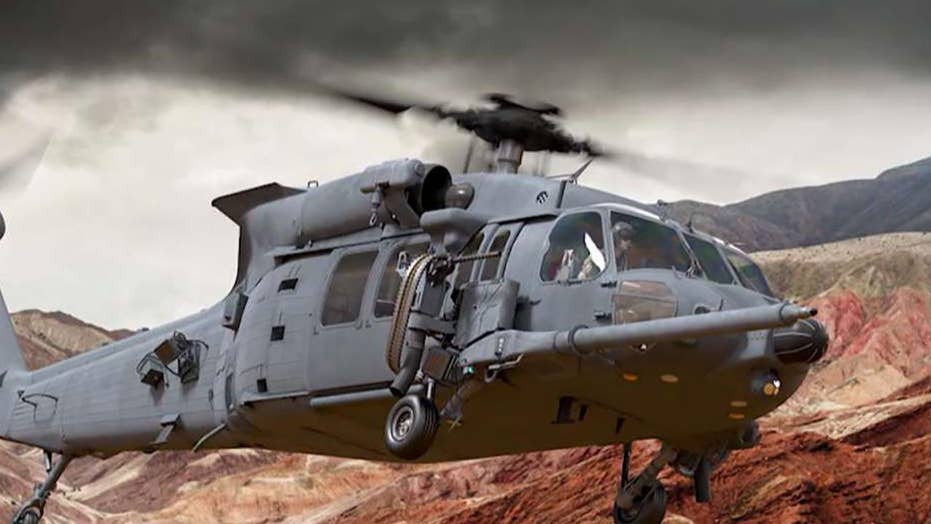 Air Force Pave Hawk helicopter crashed while on a routine mission in Western Iraq killing all 7 Americans on board; national security correspondent Jennifer Griffin reports from the Pentagon on a tough week for U.S. military aviation.

It's the first deadly aviation crash for the U.S. military in the war against ISIS in Iraq and Syria since American involvement began in 2014. But U.S. Central Command said in a statement the crash "does not appear to be a result of enemy activity."

"This incident is under investigation," the statement said.

The Pave Hawk is a modified version of the Black Hawk helicopter.

"This tragedy reminds us of the risks our men and women face every day in service of our nations," said Brig. Gen. Jonathan P. Braga, director of operations, Combined Joint Task Force-Operation Inherent Resolve. "We are thinking of the loved ones of these service members today."

Names of the fallen will be released by the U.S. Department of Defense after next of kin have been notified.

President Trump tweeted his condolences Friday to the seven people killed in the crash.

"Our thoughts and prayers go out to the families and loved ones of the brave troops lost in the helicopter crash on the Iraq-Syria border yesterday. Their sacrifice in service to our country will never be forgotten," Trump wrote.

The incident marked the second aircraft crash for the military in two days.

A U.S. Navy F/A-18F Super Hornet jet crashed off the coast of Key West, Florida, on Wednesday, killing both a pilot and a weapons systems officer.