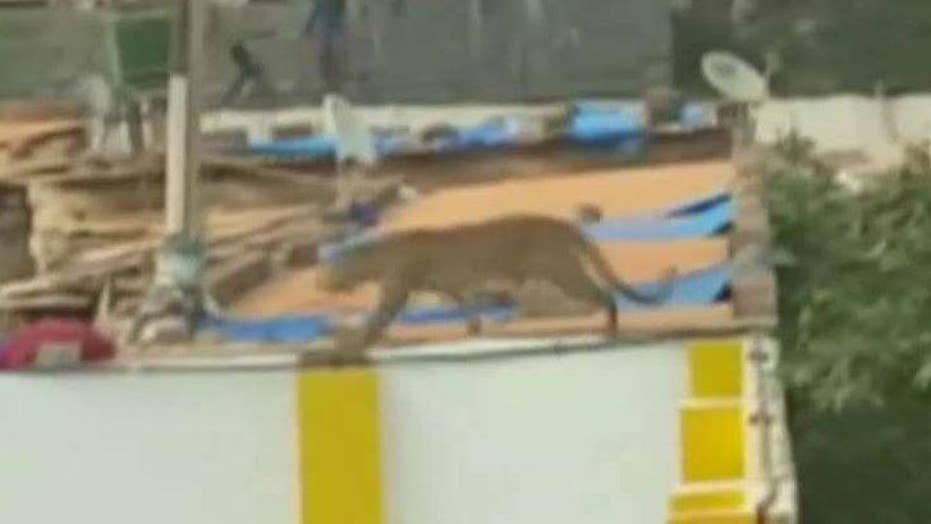 BANGALORE, India – Officials say a leopard wandered into a school in southern India and injured three people as it tried to escape.

A crowd of onlookers including TV news crews watched the chase, which lasted several hours until forest workers shot the big cat with a tranquilizer dart on Sunday afternoon.

Press Trust of India news agency quotes school officials as saying the leopard was first seen on closed-circuit TV before dawn inside the private Vibgyor School in Bangalore, and later disappeared into some surrounding bushes.

The big cat later scaled a wall to re-enter the school grounds. It attacked and injured three people, including a veterinarian and a man who was trying to climb over a gate to get away. Police say the three are being treated in a hospital.