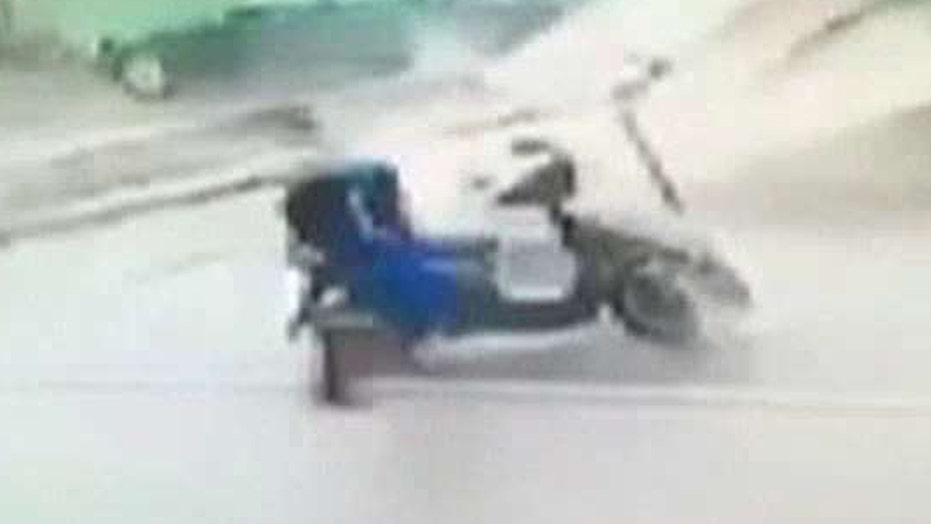 Man knocked off his motorbike by flying debris in Taiwan

BEIJING – Officials say a powerful typhoon has swept into southeastern China after hitting Taiwan, leaving a total of two dead and dozens injured.

Chinese state media reported one death and one person missing from Meranti, which shattered windows on tall buildings and disrupted water supplies.

Taiwan's Central News Agency said one person was killed and 44 were injured on the island by the storm. It said Meranti knocked out power in almost 1 million homes and water in more than 700,000.

Chinese meteorologists downgraded Meranti from a super typhoon to a tropical storm Thursday afternoon and said they expect it to fade further as it moves north.