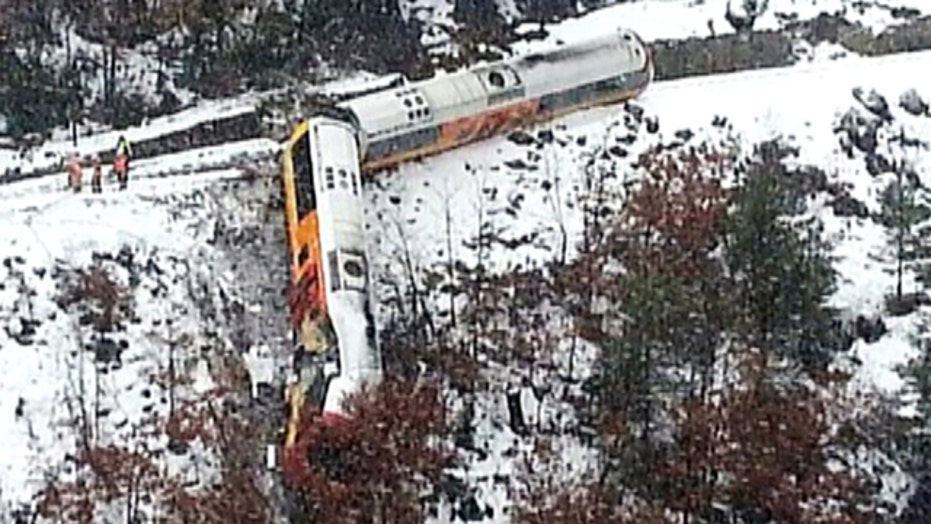 At least two killed in train derailment in France

PARIS – An enormous boulder hurtled off a mountain and smashed into a tourist train in the French Alps on Saturday, derailing it on the mountainside and killing two passengers, officials said. Nine people were injured.

The force of the boulder caved in the side of the train, which takes a leisurely three hours to travel about 150 kilometers (93 miles) from Nice to Dignes-les-Bains.

"A rock the size of an automobile came off the mountainside and slammed into the first car of the train," Jean Ballester, mayor of nearby Annot, told BFM television. "There are unfortunately two dead."

The uninjured among the approximately 30 passengers were evacuated to Annot, a little more than half-way through the train route, Ballester said. Two rescue helicopters were dispatched to the remote area, he said.

The train was still dangling dramatically from the tracks hours after the accident, the crushed front car nose-down in the snowy woods.

The train travels along the mountains on track that regularly receives snow and rock falls, but regional transport official Jean-Yves Petit said even in winter it is considered safe.