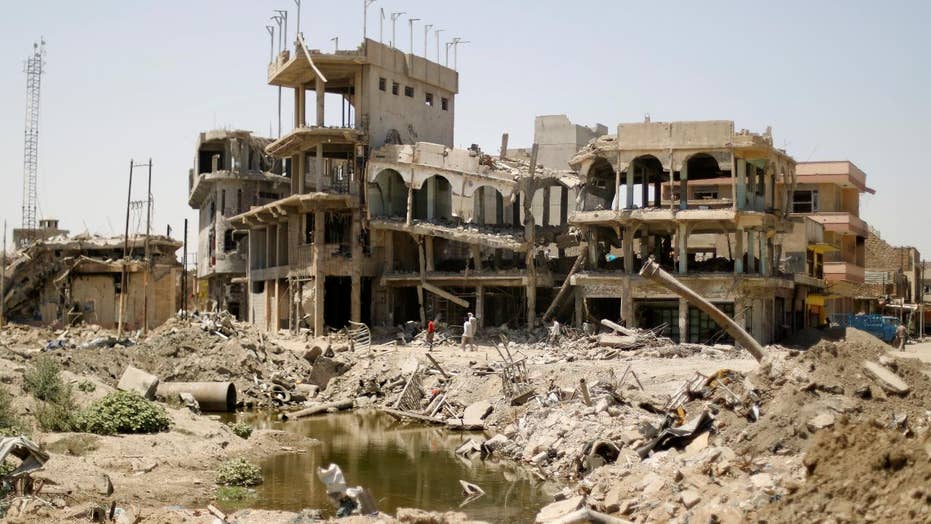 In Mosul, crews sweep through streets to gather dead bodies

‘Dead body management’ is underway in Mosul, Iraq months after the city was liberated from ISIS forces

A U.S. service member was killed and another was wounded in a roadside explosion on Sunday, the military said.

Both of the soldiers' names were being withheld pending next of kin notification.

Officials are refusing to say where in Iraq the attack took place.

So far, seven American servicemen have been killed in Iraq in the fight against ISIS. Two U.S. soldiers were recently killed in the battle to retake the northern city of Mosul.

Additionally, a French paratrooper was killed in the fight against ISIS last month, though officials did not specify if the individual died in Iraq or Syria.

U.S. Defense Secretary Jim Mattis said in August that more than 1,200 Iraqi forces were killed in the battle for Mosul and more than 6,000 were wounded.