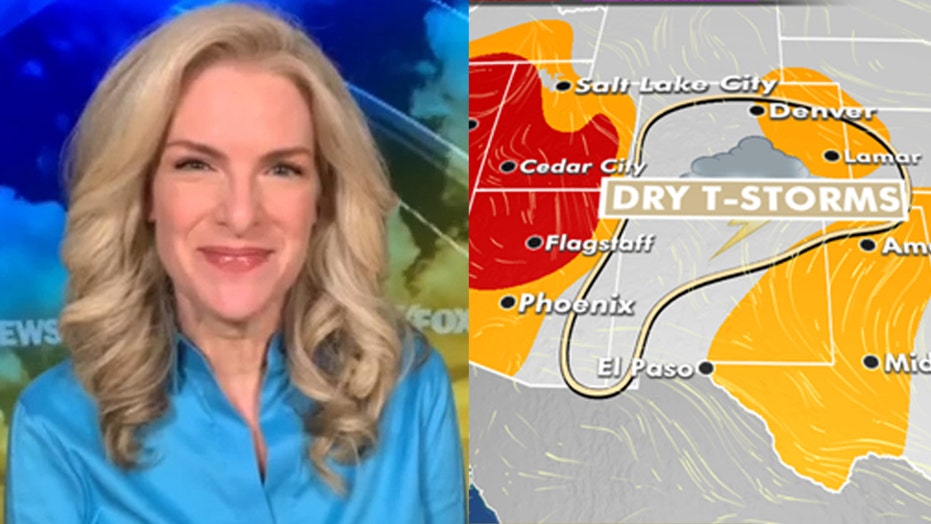 Temperatures will remain high on Friday ahead of weekend storms in the Southeast and Northwest, with Arizona seeing highs of over 100 degrees.

The Midwest and parts of the Northwest can expect to see more forgiving temperatures, with highs in the 60s and 70s as storm fronts move in.

But a stalled front draped across the Southeast will act as a trigger for showers and thunderstorms throughout the weekend.

Rainfall could be heavy at times, and because the ground is saturated from a wet spring so far, flash flooding will be a threat. Parts of the Southern Appalachians will also be at risk from heavy rain for the second half of the weekend.

A storm system moving into the Northwest will bring stormy weather and even the risk of strong to severe storms over the Northern Rockies. Below-average temperatures in the higher elevations will bring some snow to the mountains.

Saturday will see a chance of thunderstorms throughout the day, with light rain across the region. The storm will move east, leaving a mostly windy and cloudy Sunday for the Rocky Mountains region.

Meanwhile, wildfire danger continues this weekend for the Great Basin, the Southern Rockies and the Southern High Plains.

Dry thunderstorms (where the rainfall evaporates before it hits the ground) could cause fires and, with the strong winds and dry conditions, they could spread quickly.  High-wind watches and warnings are up where winds could gust as high as 60 mph.