Arias’ attorney argued that keeping the brief secret was “in the interest of protecting the safety of certain parties,” the Arizona Republic reported.

Since her first trial in 2013, “the absurd level of interest in this case” had caused problems, Arias' attorneys said, according to the report.

However, a three-judge panel in the Arizona Court of Appeals wrote “the court concludes that the current request is legally insufficient to overcome the strong presumption in favor of public access,” the Republic reported. 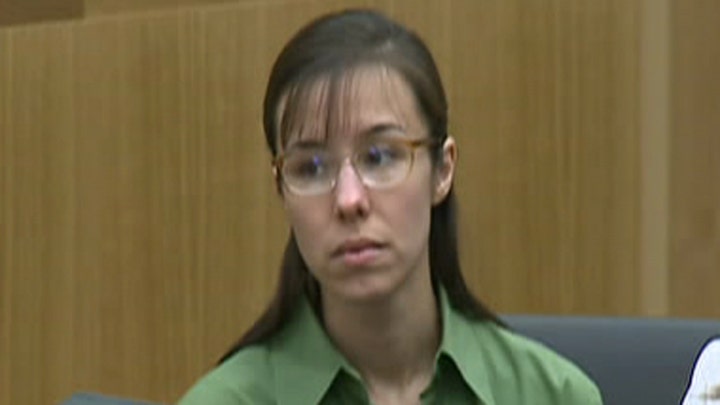 The judicial panel did grant Arias until next Tuesday to detail parts of her opening brief that might be sealed for privacy or confidentiality reasons, the report said.

Arias was convicted of first-degree murder in 2013 in the 2008 death her ex-boyfriend, Travis Alexander, at his in home in Mesa, Ariz.

Prosecutors said Arias attacked Alexander in a jealous rage after he wanted to end their affair and planned a trip to Mexico with another woman.

Arias has acknowledged killing Alexander but claimed it was self-defense after he attacked her.

A sizable portion of Arias' retrial in 2015 that sent her to prison for life was reportedly shrouded in secrecy.

A white-noise machine was turned on regularly during her sentencing retrial three years ago to keep spectators from hearing what lawyers argued as they huddled around the judge's bench.

At other times, the public wasn't allowed in the courtroom, like when a judge let a skittish witness testify behind closed doors without revealing that the person in question was Arias.

She is now serving a life sentence at the Arizona Department of Corrections’ Perryville Prison Complex, the state’s only women’s prison, the Republic reported.