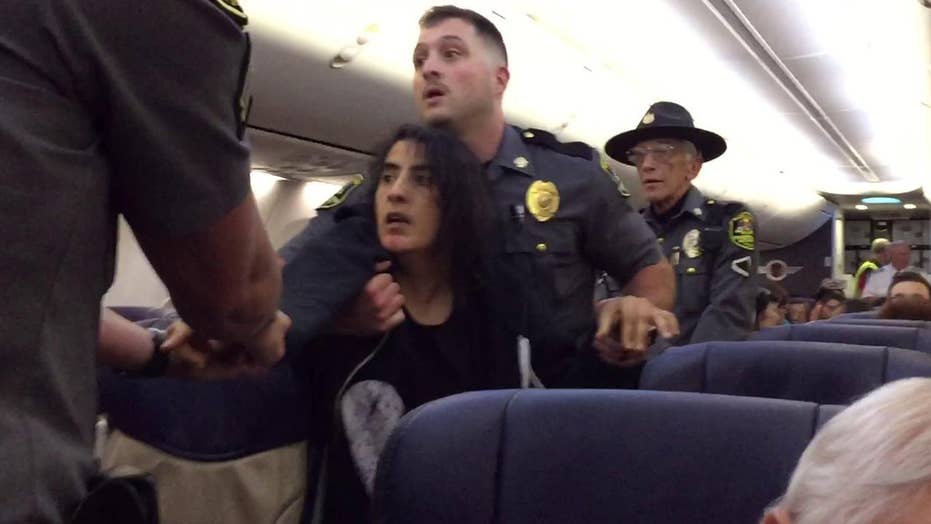 Southwest Airlines has issued a public apology to the woman who was removed from a Tuesday flight from Baltimore to Los Angeles, but a fellow passenger aboard the plane said law enforcement officers were just doing their job.

Bill Dumas, who was seated in the rear of the plane and captured the incident on video, has since told the Los Angeles Times that the incident wasn’t so tense when law enforcement initially arrived on the scene, with officers engaging the woman in “quiet conversation.” Shortly afterward, however, it “suddenly erupted into this big physical confrontation.”

The woman, who has since been identified as 46-year-old Anila Daulatzai by the Maryland Transportation Authority Police, had reportedly been complaining that she suffered from a life-threatening pet allergy that prevented her from sitting in the vicinity of two dogs that were also on the flight, one of which was a service animal.

According to the Times, Dumas said the woman began putting up a “fierce resistance” after officers arrived, also telling CBS News be believed her behavior to be “odd.”

“People really got the sense that the officers didn’t have another option,” he told the Times.

In footage of the incident, the woman’s fellow passengers can also be heard urging the woman to leave the plane and file a formal complaint, rather than draw out the ordeal.

A spokesperson for Southwest Airlines further confirmed to the Times that the woman was being uncooperative, and did not provide a medical certificate to prove her allergy.

Southwest’s official Customers With Disabilities site does not specifically stipulate that persons with allergies need to provide medical certification, but rather that they inform an employee at the departure gate, so they may be “seated as far away from the animal as possible.”

The Maryland Transportation Authority Police, meanwhile, have issued a statement confirming that Daulatzai was removed at the pilot’s request.

“When the Maryland Transportation Authority (MDTA) Police receive a request from the Captain of a Southwest plane to remove a disorderly person, we respond accordingly,” the MDTA said in a statement obtained by Fox News.

“The subject was removed from the plane at the Captain’s request and was arrested and charged with disorderly conduct, failure to obey a reasonable and lawful order, disturbing the peace, obstructing and hindering a police officer and resisting arrest.  After processing, the individual was transported to the Anne County Court Commissioner, where she was released on her own recognizance.

According to the Los Angeles Times, Daulatzai serves as a teacher at the Maryland Institute College of Art, and has previously worked as a visiting professor at the Harvard Divinity School.