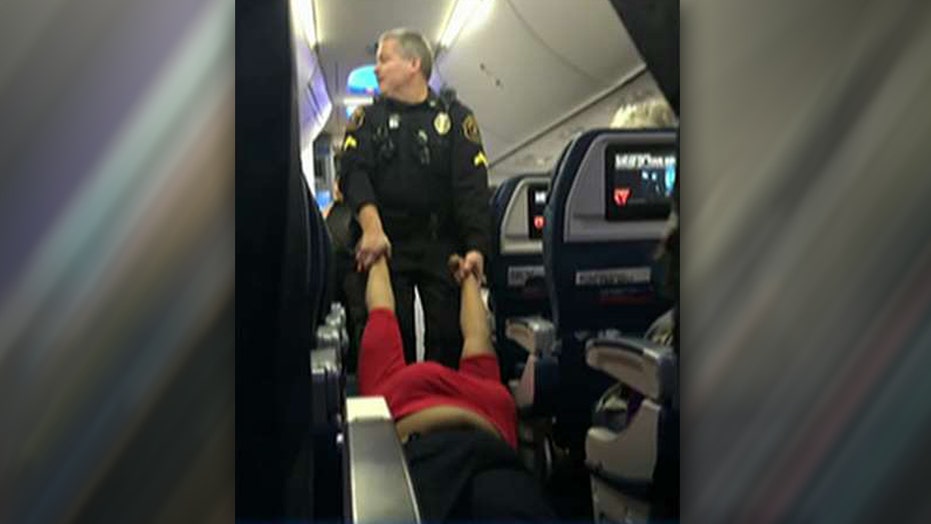 Delta Air Lines has confirmed that a woman was forcibly removed from a flight at Detroit Metropolitan Airport after failing to comply with proper boarding procedures.

On Monday, a YouTube clip posted by user account Rene deLambert surfaced online. The two-minute video shows a woman being dragged down the center aisle of the plane by police officers as they hold onto her wrists.

In the clip, one bystander can be heard saying, “They must have Tasered her."

Another witness says,“No one is gonna’ believe me if I tell them," as the woman is dragged off the aircraft.

A spokeswoman for the airport told FOX 2 Detroit that the woman has been ticketed but has yet to be charged for the incident.

"At approximately 8 this morning, Delta Air Lines contacted Detroit Metropolitan Airport's police department requesting assistance with a passenger who would not comply with boarding and baggage check procedures at a McNamara Terminal gate.

"When officers arrived, Delta Air Lines stated the woman could not remain on board. Despite repeated requests by officers, the woman refused to leave the aircraft and had to be removed. She was arrested and charges are pending."

According to deLambert, passengers witnessed  the woman failing to check in “with [a] gate agent and walked right on.”

Others said the woman was “mouthy and had a huge attitude,” and reportedly said she “deserved overhead bin space.”

Delta flight 2083 was headed to San Diego on Monday morning. A Delta spokesman confirmed to FoxNews.com that passengers on 2083 experienced a “slight departure delay due to a passenger not complying with boarding and baggage check procedures."

“The passenger was removed by local law enforcement and the flight was able to continue without further incident.”

The spokesman would not confirm whether alcohol was involved or if the airline was planning press charges.