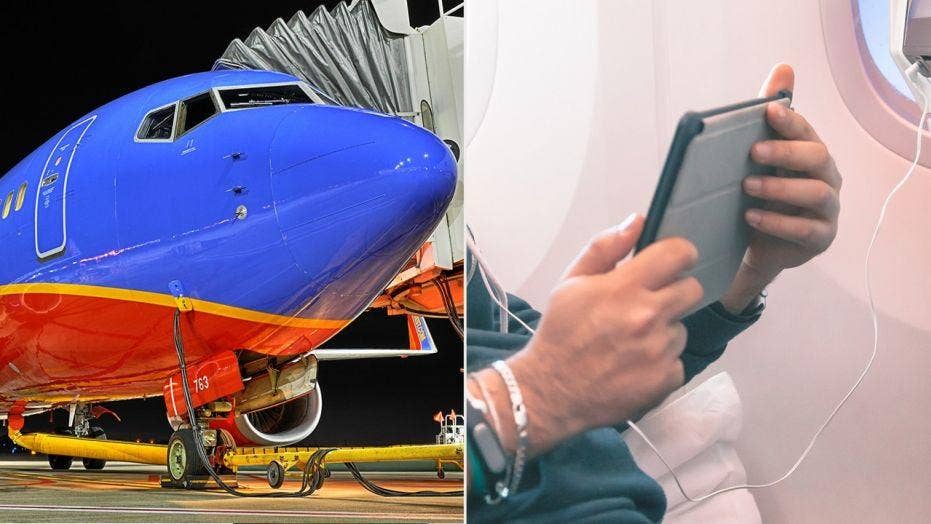 The passenger reported the man’s alleged behavior to Southwest via Twitter as it was happening, claiming she would be putting herself at risk by leaving her seat.

“I’m so disgusted,” she added.

The woman told Fox News that the male passenger's crude behavior began shortly after takeoff and continued through the nearly five-hour flight.

As soon as he turned his iPad on, she said, she could see a pornographic video loaded in his browser. At first she thought it was an embarrassing mistake on the man's part, but soon observed him watch "video after video like it was nothing."

"The first time he was 'finishing,' he used his left hand and gripped my right forearm, pinning it down to the arm rest between us," the woman told Fox News. "It made it clear to me how strong he was, given how forceful his grip was, which is why I felt uncomfortable and reached out to SW on Twitter — hoping they’d ask my seat number and notify someone — because I didn’t know if he’d try to physically do anything else if I went to take a photo or video, nor did I want to find out," she says.

In her tweets, the woman further alleged that the man did not try to hide his actions or his penis. She also said that following his orgasms he handed the flight attendant his used napkins to dispose of.

“There’s no way your staff working on this flight haven’t witnessed what’s been happening,” she said.

Southwest responded to the passenger’s tweets, telling her to inform a flight attendant of the man’s behavior, but the woman claimed she couldn’t do so without putting herself “at risk,” as she was stuck between the man and another sleeping passenger.

Southwest then suggested that she talk to the crew upon landing, which the woman agreed to do.

“Fine. I will stay aboard until everyone else gets off the flight, continuing the torture, because that’s exactly what someone who is being assaulted like this wants to do,” she wrote.

The passenger told TMZ that she did indeed speak with staff upon landing, but not before the inappropriate passenger got up from his seat, patted her on the head, and told her he hoped she “enjoyed the show.”

Southwest’s crew reportedly told her to escalate her complaint to a supervisor, who then offered her a voucher for a free dinner.

Southwest has also released a statement confirming it would be investigating the incident, but not whether a representative had been in contact with the female passenger.

“We’re looking into reports that a Customer was viewing material deemed inappropriate by another Customer,” stated Southwest. “At this time we have nothing further to share.”

As of 9 a.m. EST Wednesday, the female passenger tells Fox News that no one from Southwest had reached out to her directly.

In replying to a Twitter commenter, the woman added that she shared her story publicly in order to bring about change to the airline industry and bring awareness to people trapped in similar situations.

“More than anything, I hope my coming forward about this will help bring about some immediate and overdue changes in the industry to properly address these situations and prevent them from happening in the first place,” she wrote.