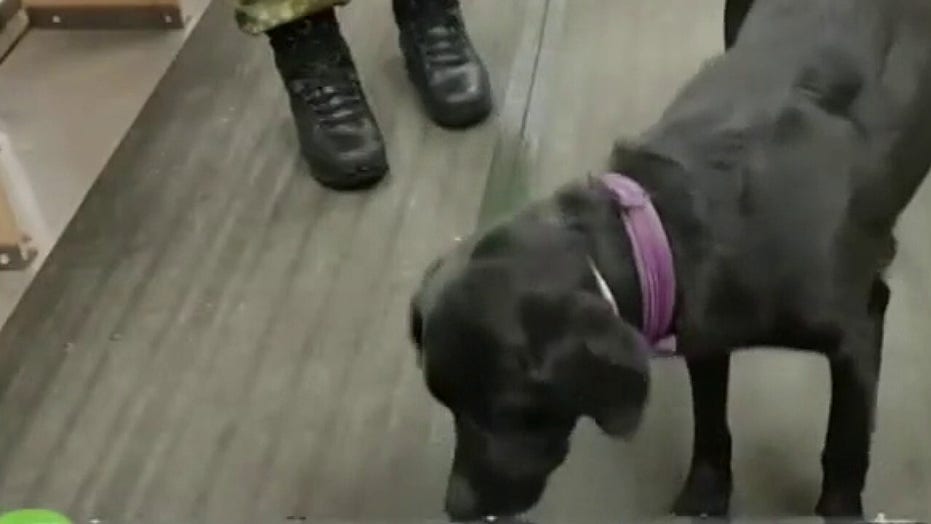 The United Arab Emirates says they have successfully trained dogs to sniff out COVID-19 on arriving passengers with a 92 percent success rate; Greg Palkot reports.

The Transportation Security Administration (TSA) has kicked off an inaugural “Prohibited Items Week” to help travelers understand what they cannot fly with.

This new awareness week initiative began on Monday, according to the TSA.

“Holy smokes, Batman! We are excited to launch our first ever Prohibited Items Week,” the agency wrote in a post that showed a Batman-themed brass knuckle. “Follow along all week where we discuss common questions, crazy finds, and why we have certain rules!”

The TSA also shared a graphic that illustrates which airports have uncovered the highest number of firearms brought in by passengers.

A total of 4,432 firearms were found in carry-on bags across 278 airports that year, according to a report published by the TSA. Eighty-seven percent of the discovered firearms were loaded.

In a news release sent out last month, the agency noted that more firearms have been discovered in airports throughout the pandemic despite there being fewer passengers than last year.

And it’s not just prohibited weapons and liquids that airline passengers have been caught traveling with. Last week, TSA officers at the John F. Kennedy International Airport in New York stopped tampered lithium batteries from making it onto an aircraft.

TSA EXPLOSIVES EXPERT CALLED IN TO EXAMINE 'SUSPICIOUS' ITEM IN LUGGAGE: 'COULD HAVE RESULTED IN A TRAGIC OUTCOME'

The passenger who had the modified power source in their carry-on told officers they had constructed a wired solar panel with the batteries, however, TSA disposed of the device since it was hazardous and not fit for air travel.

When preparing for future trips, the TSA has a detailed search engine to explain what can and cannot be packed along for the journey.