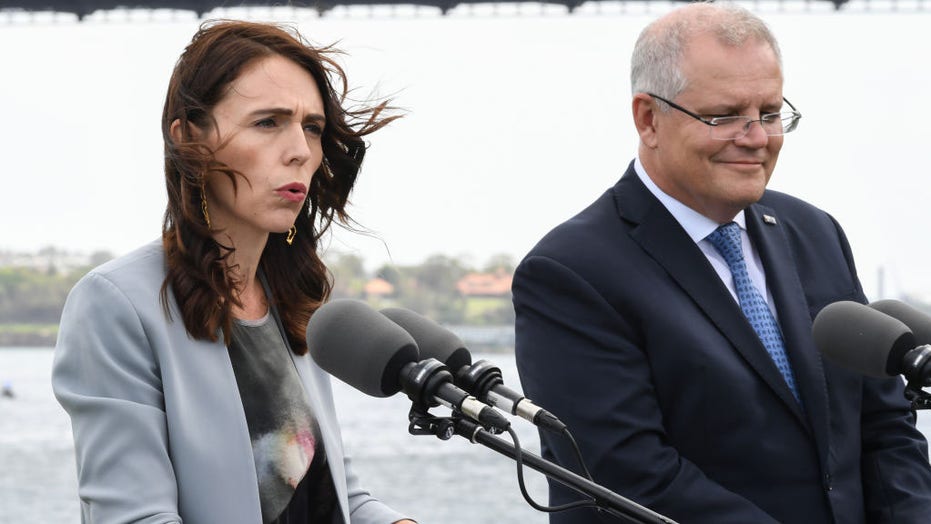 There’s a sick person on my flight: What do I do?

Although the chances of contracting COVID-19 on an airplane are low, there are certain precautions passengers can take and protocol in place for the CDC to follow if a sick passenger is reported.

Residents of Australia and New Zealand may eventually be able to resume tourism within their own travel “bubble” following the coronavirus pandemic, the countries' leaders are suggesting.

Australia Prime Minister Scott Morrison said last week that both he and New Zealand Prime Minister Jacinda Ardern had discussed the possibility of reopening tourism between the two countries in what’s being referred to as a “trans-Tasman bubble.”

Both Australia and New Zealand are currently limiting international travel to only “critical” trips, such as those for essential, urgent, or medical reasons. The “bubble” idea would presumably be one of the first steps introduced once travel restrictions are eased.

Australian Prime Minister Scott Morrison (right), seen here with New Zealand Prime Minister Jacinda Ardern during a February press conference, said in regards to the "bubble" idea: "If there is any country in the world with whom we can reconnect with first, undoubtedly that's New Zealand." (James D. Morgan/Getty Images)

"If there is any country in the world with whom we can reconnect with first, undoubtedly that's New Zealand," said Morrison last week, explaining that he had recently spoken with Ardern about the idea, the Sydney Morning Herald reported.

On Sunday, Australia Home Affairs Minister Peter Dutton told Sky News that “an arrangement with New Zealand” would be one of the first things to examine, in regards to “steps toward making sure that people could travel safely,” but said it would be “very hard to see” opening borders with the U.S. or U.K. “at this time.”

"New Zealand would be the natural partner,” he said, later adding that he thinks it would be “logical in the short-to-medium term.”

Dutton, however, did not give a concrete time frame for loosening restrictions for a travel “bubble.” Australia’s chief medical officer, Brendan Murphy, recently told the country’s senate committee that he expects at least three or four months before international travel resumes, the Sydney Morning Herald reported.

Both Australia and New Zealand have issued guidance limiting international travel to only “critical” trips, such as those for essential, urgent, or medical reasons. The “bubble” idea would presumably be one of the first steps introduced once travel restrictions are eased. (Ryan Pierse/Getty Images)

Australia and New Zealand, meanwhile, have historically been each other’s top tourism destination, with 2.6 million flying to and from their respective countries in 2019, according to a report in Executive Traveler, cited by Quartz.