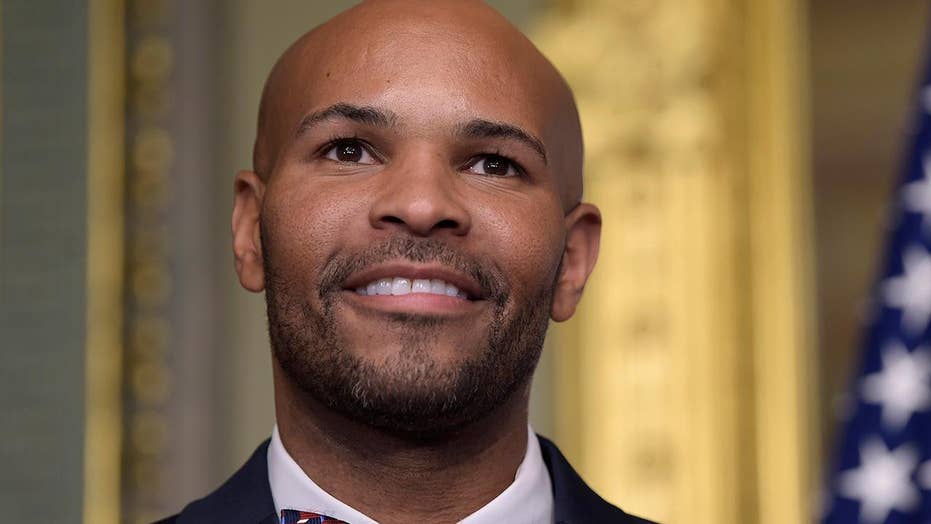 U.S. Surgeon General Jerome Adams answered the call of duty Wednesday when a medical emergency broke out on a Delta flight bound for Jackson Mississippi.

“On my Delta flight to Jackson Mississippi (by way of Atlanta), and they asked if there was a Doctor on board to help with a medical emergency –why yes-yes there was,” Adams tweeted along with a photo showing the smiling Surgeon General on the flight.

Adams continued, “Patient doing well and like a good #USPHS officer, I was glad to be able to assist.”

Delta also responded to the tweet thanking Adams for volunteering to step in during the scary situation.

“Hello, Wow! We certainly thank you for volunteering as well as your service. Thank you so much for sharing this with us.”

It was not immediately clear what happened during the medical emergency.

According to local news station WAPT, Adams was headed to speak at the University of Mississippi Medical Center on Thursday to address the Trump administration’s fight against the opioid epidemic.

Adams was sworn into office as the U.S. Surgeon General in September 2017. He previously served as Indiana State Health Commissioner from 2014 to 2017.