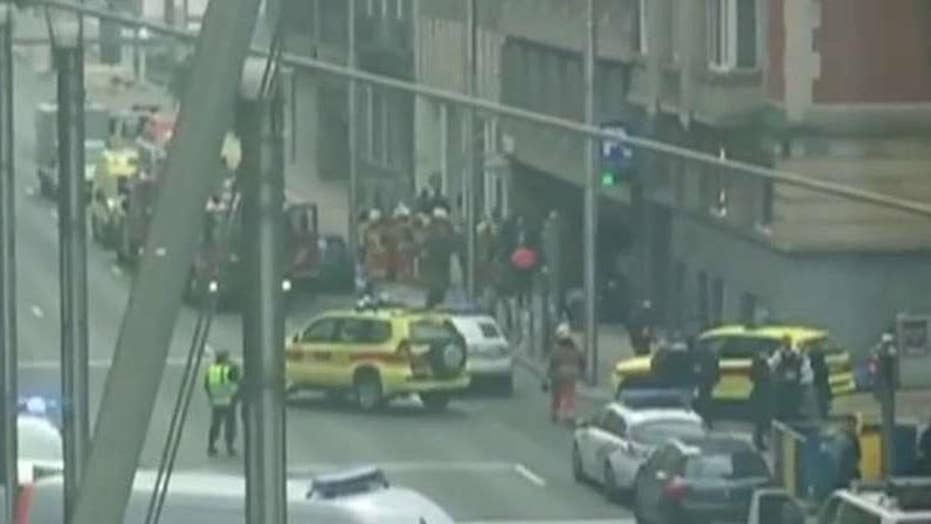 'The O'Reilly Factor' examines the latest on the multiple terrorist attacks

As Americans start looking at European summer vacations, the State Department on Tuesday issued a travel alert in the aftermath of deadly bombings by ISIS jihadists in Brussels that left 34 people dead and more than 200 wounded.

U.S. citizens were ordered to “exercise vigilance” in public places and on mass transportation throughout Europe.

But the deadly coordinated terror attacks in Brussels may already have many American tourists thinking twice about a summer trip to Europe.

Travel firm Thomas Cook said Tuesday that its overall summer bookings are lower than this time last year, with just 40 percent of the summer season sold -- due in part to unrest in Europe.

And in the wake of November’s terrorist attacks in Paris, bookings to France have dropped between 8 and 10 percent from the year before, according to the airfare prediction app Hopper.

“People are still trying to figure out if it makes sense to visit Europe or go to an alternate place. The combination of the terror attacks and the instability caused by the migrant crisis is causing a lot of uncertainty,” said Patrick Surry, chief data scientist for Hopper.

Surry notes that overall interest in Europe, defined by Internet searches on its site, is currently down about 13 percent for 2016 to date, compared to 2015 during the same period, due to increased terror activity and the migrant crisis.

“I'd expect it to persist through the summer since people are starting to make summer travel plans now and it seems like various negative coverage will continue to influence travelers.”

For Americans currently in Europe or elsewhere in the world, the State Department has warned,“U.S. citizens continue to be at risk of kidnappings and hostage events as ISIL, al-Qa’ida, and their affiliates attempt to finance their operations through kidnapping-for-ransom operations.”

Authorities say that Brussels' airport will stay closed until at least Wednesday afternoon. Eurostar trains to Brussels have been canceled for the time being and Britain’s Heathrow Airport is beefing up security measures, citing it as one of the major gateways for European travel.