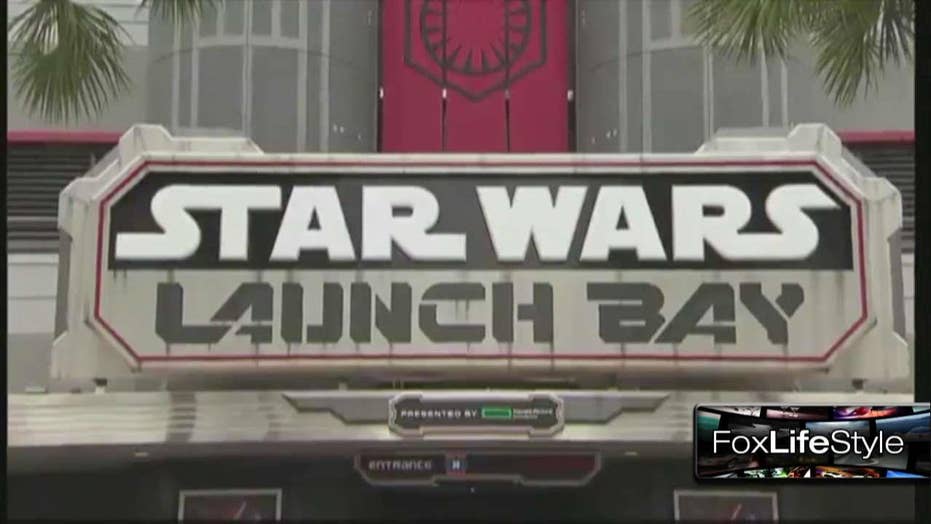 With just two weeks before of the premiere of the long-awaited  “Star Wars: The Force Awakens,” Disney just unveiled a series of themed rides and attractions at both Disneyland and Disney World in rollout its calling Season of the Force.

Both parks are getting cool attractions that include the Jedi Training Academy for young Padowan park visitors, meet-and-greets with fan favorites like Chewbacca and Darth Vader, and a new spin-off movie called “Path of the Jedi,” featuring highlights from the first six films and snippets from the seventh.

There's also an all-new Space Mountain poised as a Rebel X-wing battle and never-before-released video games you can only play inside the parks.

And the centerpiece of Disney World’s Hollywood Studios in Orlando is the "Star Wars" Launch Bay that allows visitors to become a Jedi.

“This is a place where non-fans can come and celebrate the whole stories, all of the movies, for ‘Star Wars’, including the newest one, ‘The Force Awakens,” Disney Imagineer Kathy Mangum said. “This is a place where you can come meet characters, dark side and light side, you can see a movie called ‘Meet the Makers’ where JJ Abrams and others talk about really what it's like to bring the newest stories to life, so you really get to become a bit of an insider, a ‘Star Wars’ inside while you're here.”

Check out the video to get a closer look at this immersive attraction that will let you feel the Force.