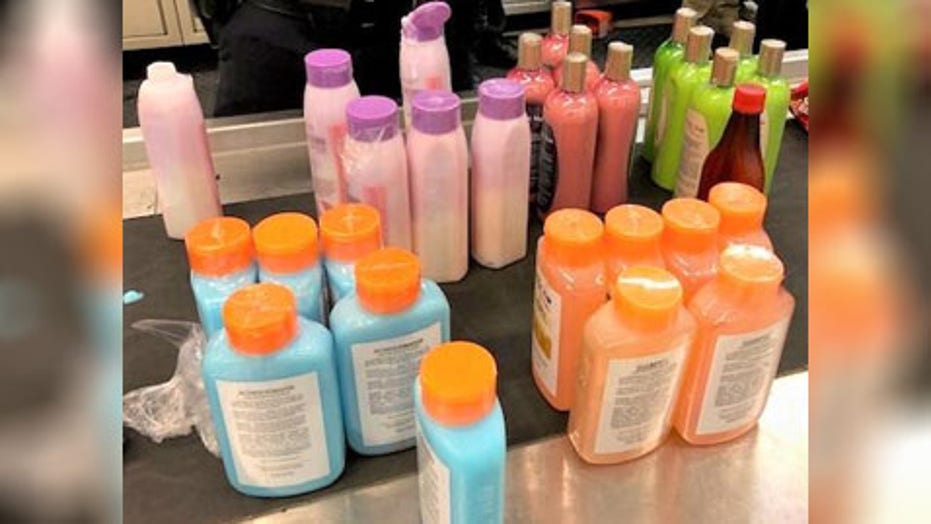 Cocaine can’t be used as a substitute for shampoo.

Authorities caught a traveler with 24 shampoo bottles that contained liquid cocaine with an estimated of over $400,000.

The drugs were discovered at the George Bush Intercontinental Airport in Houston on Monday, according to the U.S. Customs and Border Protection website. The suspect was allegedly attempting to smuggle 35 pounds of liquid cocaine.

The CBP identified the suspect as a 26-year-old Colombian citizen.

“Our officers are the first line of defense at our ports of entry, so they are trained in the various smuggling methods people use to bring illicit goods into the U.S.,” said CBP Port Director Shawn Polley in a statement. “We take every opportunity to intercept those illicit goods before they enter our communities, in this case it was 35 pounds of liquid cocaine.”

According to the release, CBP officers approached the suspect as he retrieved his checked baggage based on intuition. After questioning the man, they decided to examine his bags, where they discovered two dozen shampoo bottles packed among his clothing.

When a K-9 agent was brought on the scene, they indicated that narcotics were present. After testing, the contents of the bottles were identified as liquid cocaine.

The suspect was returned to Colombia and the drugs were confiscated by the Houston Police Department, the CBP said. The investigation is reportedly still ongoing.