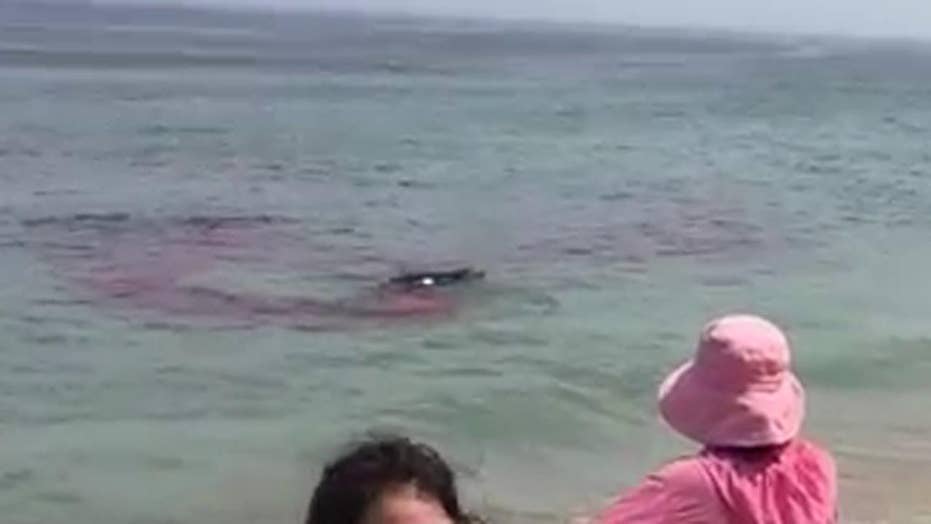 Beachgoers look on horror as shark attacks seal near surfers

Beachgoers in Massachusetts witnessed a bloody sight on Monday when a shark tore a seal apart during a feeding frenzy, sending swimmers fleeing from the water.

The gruesome scene was spotted on Nauset Beach in Cape Cod, where a pool of red blood in water had nearby swimmers screaming and heading toward the shore, FOX25 Boston reported.

"They were like, 'Shark! Shark! Get out of the water! Shark!'" Patrick O'Brien, who had been swimming in the ocean when the shark attack happened, told FOX25.

O'Brien said he saw "blood coming out of the seal, just shooting out of him." He also spotted the scene to teenage surfers trying to return to shore.

Both surfers made it out of the water safely, though the seal's screams and the bloody water made it appear one of them had died, according to O'Brien.

"The seal made this awful sound. The seal was like screaming," O'Brien told FOX25.

O'Brien took out his phone and recorded the sight as beachgoers stood along the shore and watched.

"No human life was lost. I’m sorry for the seal, though, of course," O'Brien added.