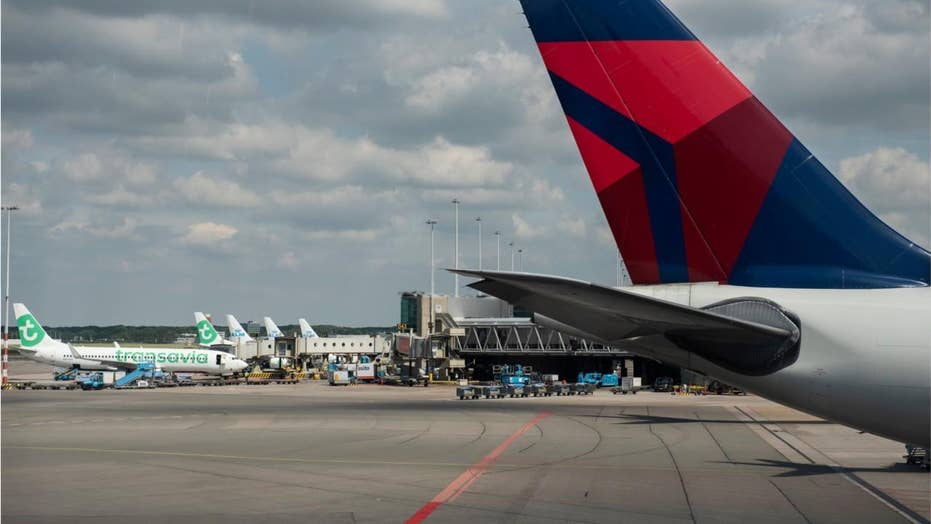 Dramatic video footage taken by a passenger on board a Baltimore-bound flight Monday showed a loose spinner rattling in one of the engines before the plane was forced into an emergency landing.

Delta Flight 1425 – a 32-year-old MD-88 – left Hartsfield-Jackson International Baltimore-Washington International around 12:48 Monday. About an hour into the flight, passengers said they heard a loud boom followed by smoke billowing into the cabin.

“It started slowing down a little bit and it was getting hot,” passenger Avery Porch told WMAR-TV. “I was about to be the first person to jump off.”

In the Twitter video, the detached spinner continues rattling while an orange glow emanates from the center.

The flight made an emergency landing at Raleigh-Durham International in North Carolina around 2:27 p.m. according to ABC News, the report said. All 148 passengers on board were safe, the report said.

Delta provided passengers with a $30 food voucher while they waited to be re-routed on alternative flights. The airline later said the engine had been replaced and the airplane would resume Wednesday morning.

Delta Air Lines has since confirmed the flight landed without incident and apologized to affected customers.

“The flight crew of Delta flight 1425 from Atlanta to Baltimore elected to divert to Raleigh, N.C. after receiving an indication of an issue with one of the aircraft’s engines," wrote the airline. "The flight landed without incident and customers were reaccommodated on an alternate aircraft.

"We apologize to our customers for the inconvenience this diversion may have caused.”