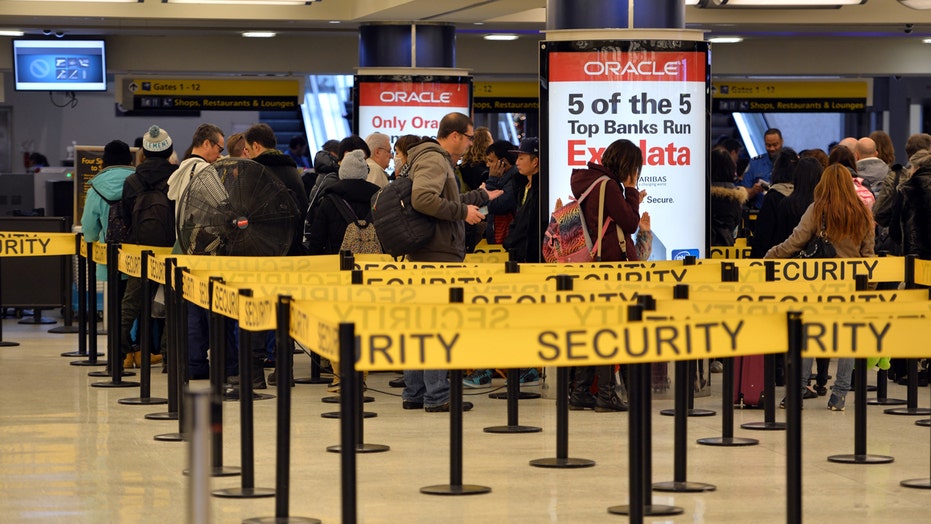 Do airport security procedures need to be altered?

One of the better kept secrets for avoiding waits at airport checkpoints is about to get a big boost.

According to Delta Air Lines, the biometric identity service Clear will soon open express lanes at four of the busiest airports across the country: Atlanta, New York’s LaGuardia and JFK airports, and Los Angeles International.

Clear has been around for several years and is already at 17 U.S. airports, but the addition of four major hubs and the backing of Delta—which bought a five percent stake in the company in April 2016—could reach millions of potential new members. (It currently has around 750,000, who have used the service more than five million times.)

Here's how it works: A private sector technology company based in New York, Clear lets travelers jump to the head of security lines, using fingerprints and iris scans to confirm a passenger’s identity. It is not to be confused with TSA PreCheck, the government-run expedited screening service with around four million members who are fingerprinted and vetted by the government. PreCheck passengers get expedited screening and don’t have to remove shoes, laptops, or jackets.

Clear bypasses another source of aggravation to fliers, the document check—instead, you head to special kiosks to confirm your identity with the tap of a finger or the blink of an eye and jump the security line, but you still have to go through screening.

Another difference between the two? TSA PreCheck costs $85 for a five-year membership, while Clear normally costs $179 a year; however, a Delta SkyMiles membership reduces that to between $79 and $99 a year, and additional family members can be added for $50.

While it might seem that PreCheck and Clear are competitors, a number of fliers see them as complimentary, according to Clear, because even with PreCheck, passengers often have to stand on line to get their boarding pass and ID checked before entering the lane. Moreover, plans to expand PreCheck enrollments recently hit a snag, and fliers trying to sign up have experienced long waits—and the PreCheck waits themselves can be unpredictable.

“When you think about not having to dig through your bag for your boarding pass or your driver’s license, that is transformative,” Caryn Seidman-Becker, chief executive of Clear, tells Condé Nast Traveler. The savings in time per passenger, when multiplied across the entire universe of airline customers, could be huge, she says.

And while it may seem that we're rushing into a future of travel based less on human interaction and more on technology, airlines and air travel organizations say that the time has come to look toward an ID-free airport—with the public more accepting of sharing what’s known as the three “biometric tokens”—fingerprints, plus scans of a person’s iris and face.

"In even a few years, the technology to make this happen this has matured,” says Guido Peetermans, project manager of Smart Security for the International Air Transport Association (IATA), which has set a goal of having 80 percent of the world’s travelers use self-service technology to get “from curb to gate” in the next five years.

“Your mobile phone has a fingerprint reader; with Apple Pay, you actually trust your smartphone with your money. Why would you not use the same technology to authorize identity transactions?”

Check Out How to Get Free Global Entry