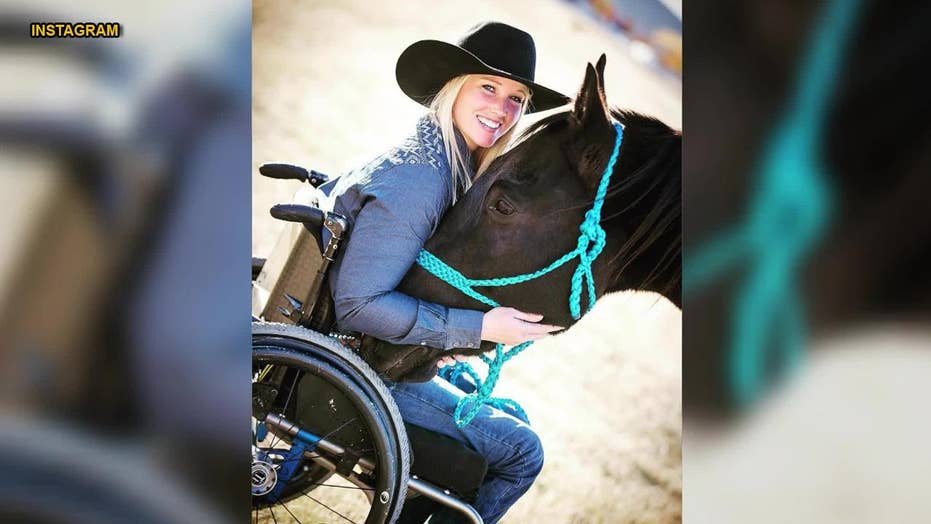 Utah rodeo star Amberley Snyder is calling out a United Airlines staffer for treating her with less than respect and calling her desire to board a plane in a wheelchair by herself a 'liability.' Snyder, who is a professional equestrian and is paralyzed from the waist down due to a car accident, files all the time and says she was shocked by the way the unnamed male staffer treated her as the situation unfolded.

A Utah rodeo star in a wheelchair has called out United Airlines, saying a gate agent treated her with less than respect for refusing to allow her to board a flight alone – via a jet bridge – on the grounds that such action would be a “liability.”

For context, the 28-year-old professional equestrian was paralyzed from the waist down in a 2010 car accident, and now uses a wheelchair. Bravely getting “back in the saddle” soon after, Snyder competes today as a barrel racer and breakaway roper in Western-style rodeo events, in addition to working as a motivational speaker and advocate for people with disabilities, as per her website.

Telling Fox 13 that she flies “all the time” and traveled well over 150 times last year, Snyder detailed that she was shocked by the way the unnamed male United Airlines staffer treated her as the situation unfolded.

According to the outlet, the gate agent told Snyder that she was not allowed to move her wheelchair onto the jet bridge without being led by someone —  facing backwards.

"He said, ‘Well, we need to take you down backwards.’ I said, ‘I don’t want that, I’m not comfortable with that. I can take myself to the door of the plane,’" Snyder recalled.

The Utah woman says that the staffer continued to describe her wish to board alone via the jet bridge as a “liability,” and said that she would not be able to board the flight if she did not comply.

The two eventually reached an agreement, and Snyder transferred into an airport-approved wheelchair before being led through the jet bridge, onto the aircraft.

In the days since, however, Snyder has continued to describe the experience as uncomfortable, sharing the story with her Facebook following of nearly 200,000.

“Honestly, that’s kind of insulting when someone says ‘No, you can’t handle yourself down to the door of the plane,’” she told Fox 13.

"I love help, I accept help, I really try to advocate for that," she added.

Moving forward, the athlete said that she hopes the story will help raise awareness of the importance of inclusive travel accommodations for people with disabilities.

"I’m hoping a platform opens up that allows me to bring this concept to light, I think this is one of the starts really, making it more aware to people," she said.

Reps for the carrier returned Fox News’ request for comment on the story with the following statement:

"United proudly welcomes all customers and flies thousands of people with disabilities every day. We are concerned to learn about our customer's experience and have reached out to her,” a spokesperson said. “We are also working with our team in Wichita to better understand what happened."