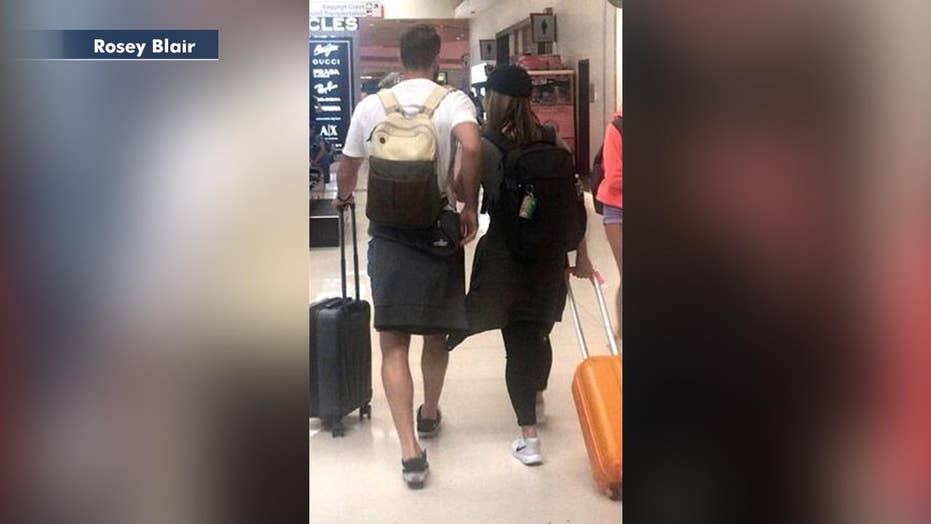 An unidentified woman dubbed #PrettyPlaneGirl on Twitter has broken her silence on the “Plane bae” story, slamming two of her fellow Alaska Airlines passengers for photographing her and inventing a “false” narrative of a supposed romantic connection with a seatmate. The woman further claims the now-viral tale has led to much harassment both “online and in the real world.”

"I did not ask for and do not seek attention. #PlaneBae is not a romance - it is a digital-age cautionary tale about privacy, identity, ethics and consent."

The story began on July 3, when a woman named Rosey Blair began tweeting photos and updates of a supposed “love story” that unfolded before her on her Alaska Airlines flight from New York City to Dallas.

Blair asked the woman to move seats to she could sit next to her boyfriend, Houston Hardaway, and the stranger obliged. Blair joked with her boyfriend that the woman’s new male seatmate may be the “love of her life,” and began photographing the pair from her seat directly behind them. Blair proceeded to document their conversation through the trip, and even evidently followed them upon deplaning, photographing the pair from behind as they walked through the airport.

Meanwhile, her tweets soon went viral, sparking more than 20,000 likes on each post and hopeful reactions from Twitter users that the duo would end up together.

Even Monica Lewinsky, evidently enthralled, chimed in on the story online.

The male seatmate was soon revealed to be Euan Holden, a former professional soccer player who became known as #PlaneBae through the social media frenzy. In the days since, Holden appeared on a number of morning shows, including “Good Morning America,” to talk about the viral story and declared the unnamed woman a “very, very, very lovely girl.”

Then, the online community soon turned and declared the situation an invasion of #PrettyPlaneGirl’s privacy. Holden changed his tune as well, asking social media users to respect the unnamed woman’s privacy - though he also named the woman in the video, which led to social media users tracking her down.

Blair, too, issued an apology for her actions.

"The last thing I want to do is remove agency and autonomy from another woman," she wrote on Twitter. "I wish I could communicate the shame I feel in having done this, but I truly feel that at this point my feelings are irrelevant. This may be coming too little too late."

Lewinsky also apologized for her initial comments as well.

On July 13, #PrettyPlaneGirl spoke out for the first time through a statement to Business Insider via her lawyer, Wesley Mullen of New York City-based law firm Mullen PC. Her following statement is detailed below:

"I am a young professional woman. On July 2, I took a commercial flight from New York to Dallas. Without my knowledge or consent, other passengers photographed me and recorded my conversation with a seatmate. They posted images and recordings to social media, and speculated unfairly about my private conduct.

Since then, my personal information has been widely distributed online. Strangers publicly discussed my private life based on patently false information. I have been doxxed, shamed, insulted and harassed. Voyeurs have come looking for me online and in the real world.

I did not ask for and do not seek attention. #PlaneBae is not a romance - it is a digital-age cautionary tale about privacy, identity, ethics and consent.

Please continue to respect my privacy, and my desire to remain anonymous."

Despite the statement claiming the flight was July 2, all the tweets were posted July 3.