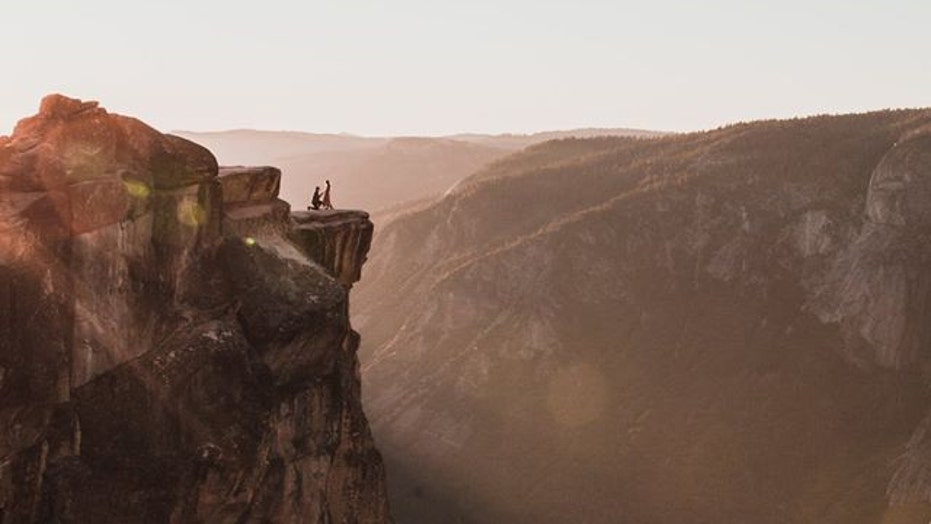 A Michigan-based photographer captured a stunning photo of a mystery couple's proposal at Yosemite, but now is asking the internet for help in locating them.

An eagle-eyed photographer is on the lookout for a daring couple that got engaged on the edge of a popular cliff in Yosemite National Park and is appealing to the public to help him find them.

Matthew Dippel was at Taft Point earlier this month on Oct. 6, when he took the stunning photograph of the couple with a haze of sun streaming through the canyon. The sun appears to be lower on the horizon, but Dippel did not indicate if it was early morning or sunset.

"Twitter help, idk who these two are but I hope this finds them," he tweeted on Oct.17. The tweet was shared 300,000 times as of last Sunday. His last update was on Oct. 19. He said he still did not find them.

Dippel was reportedly on vacation from Michigan.