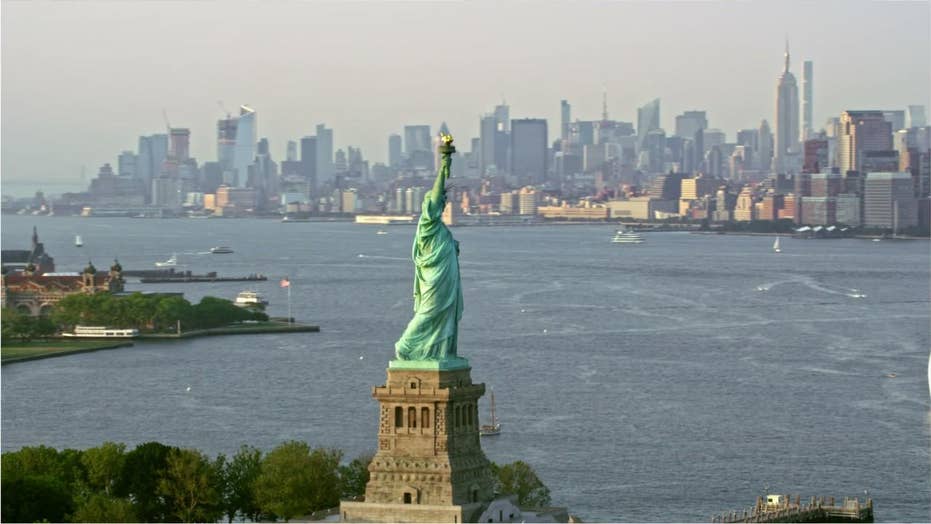 Texas, New Jersey and Massachusetts, they all made the list but find out if they are the most and least friendly.

If you’re looking to see some friendly faces, you apparently shouldn’t head to The Empire State.

In a survey conducted by travel website Big 7 Travel, 1.5 million people weighed in on the “friendliest states in America” — and New York ranked dead last.

Though Big 7 Travel tried to soften the blow with an explainer — “locals might seem a bit gruff at first (even upstate!), but it’s a melting pot of many cultures and the neighborhoods in each borough of NYC have a community feel if you manage to stick it out for long enough” — it was clear that the majority of Americans do not consider the Big Apple as a nice place to visit.

It seemed to be a trend with the Northeast, as four of the bottom five states were all found in the region: Delaware, Massachusetts and New Jersey ranked 48, 47 and 46, respectively.

The top five were a little more spread out, however.

Wyoming ranked fifth with voters pleased with its “sense of community” and “safe” feeling. Texas took the fourth spot, bested by South Carolina in third. Tennessee continued the trend of Southern hospitality and took the second spot.

But, in what may come as a surprise to the South, a Midwest state was crowned with the top spot: Minnesota was ranked No. 1 as the friendliest state in America.

According to the survey, the North Star State is “hard to match, with a homey feel and locals who go the extra mile to welcome tourists.” (iStock)

According to the survey, the North Star State is “hard to match, with a homey feel and locals who go the extra mile to welcome tourists.”