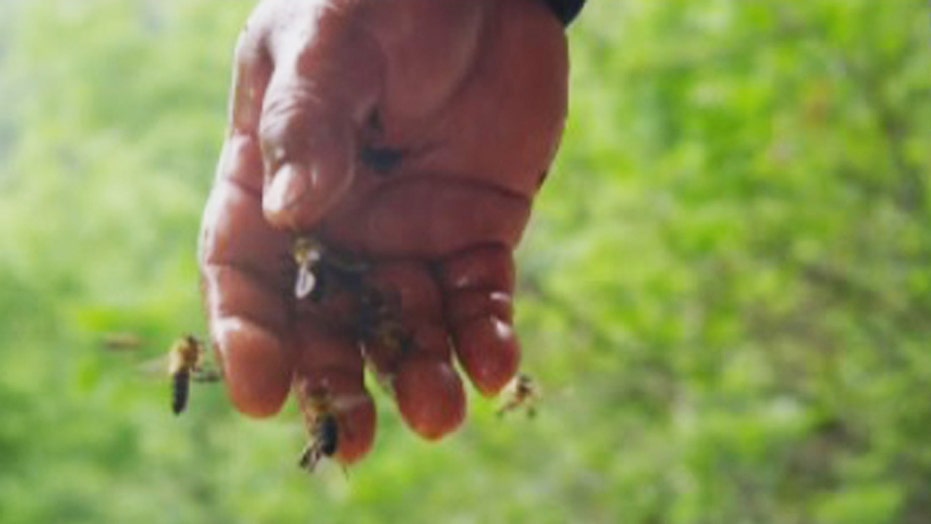 In search of the world’s most lethal honey

What do you really know about honey?

It’s sticky, it's sweet and it comes from bees.

But did you know some varieties of honey can kill?

This Monday, National Geographic's long-running series Explorer investigates a team of expert mountain climbers who risk life and limb to procure some of the world’s rarest honey, that's just as dangerous as the mission to get it.

Filmmaker Renan Ozturk traveled deep into the Nepalese jungle to follow a group of climbers who harvest honey while hanging off a cliff, 300 feet about ground.

The Himalayan honey bee is the largest honey bee in the world—twice as large as those found in the U.S. These bees get their nectar from the rhododendrons flower. But the honey created is actually toxic, and in addition to making consumers extremely nauseas, it can also produce a very potent hallucinogenic effect. Ancient soldiers even used the sweet, sticky stuff as a weapon to poison enemies.

So why is this potentially lethal treat still harvested today?

People of the local Gurung still tribe believe the honey has cleansing, medicinal properties—  but only when  consumed in small, carefully monitored doses. Plus, Nepalese mountain climbers can make about $100 per harvest.