The real VIPs aboard the iconic Cunard Liner Queen Mary 2 live on Deck 12 with their own bedding and, sometimes, speciality food brought from home. Guests come to gawk at these guests-- especially during their photo shoot-- but are kept a respectable distance away.

Welcome to the world's only kennel at sea open to all dogs-- not just service animals. There is room for 25 pets, each has a large cage and furniture. There's also a fenced in outdoor space for them to play and “do their business, complete with a red American fire hydrant and British lamppost.

U.S. Air Force Sgt. James Donovan, his wife and Rayne, a seven-year-old border collie, decided to travel by sea when moving back to North Carolina after being stationed in England. Donovan said it was cheaper for all three to sail across the Atlantic—a week-long journey—than just to have paid for Rayne to fly.

Pampered pooches prepare to board the Queen Mary 2 at the Brooklyn Cruise Terminal. (Diane Bondareff)

Starting rates for humans aboard the Queen Mary 2 are currently $1,299, but flights from London to the New York City area are currently over $1,000 this summer. It costs $800 to $1000 for dogs on the ship, depending on their size. Cats cost $1,600 as they need two cages, one for their litter box.

WHY LIVING ON A CRUISE SHIP IS CHEAPER THAN YOU THINK

According to FareCompare.com’s Anne McDermott, travelers typically have to contact the shipper the airline does business with to get the exact price for what it will cost to fly a pet—the larger the dog, the more expensive.  On United, for example, she said prices range from $500 to $2,350 for a pet traveling between Europe and the United States.  Plus, the pet needs an airline approved kennel that isn’t necessary on a ship—the kennels are provided and the passengers simply walk their dogs-- or carry their cats-- on and off.

If you are traveling overseas with a pet, always contact the local embassy or consulate at the destination country to see what is required, suggests the website BringFido.com, which offers an A-Z country guide  on what is required.

Flying can also be risky for some pets, according to the Humane Society, especially for those with snubbed facial features like bulldogs, pugs and Persian cats whose short nasal passages leave them especially vulnerable to oxygen deprivation and heat stroke. Though relatively rare, several pets die or are injured each year while flying.

“Yes, dogs can experience motion sickness (car and boat travel) and your veterinarian can prescribe an oral FDA approved medication that would make your pet comfortable during his/her travel," Dr. Smetana told Fox News via email.

Before cruising with a pet, the veterinarian advises owners to:

--Ensure pets are propery vaccinated "with the core vaccinations (distemper with leptospirosis- this include parvo) and rabies, as well as bordatella (kennel cough) and influenza."

--Check their pet monthly for heartworm as well as flea and tick control.

--Be mindful of any pre-existing medical conditions a pet may have before cruising and discuss whether the pet is a good candidate for cruise travel.

Cunard is the only cruise line that opens its kennel to all dogs but you can bring a service animal on board most commercial cruise lines. “We have a strict screening process in place,” a spokesman at Norwegian Cruise Line told Fox News, explaining they don’t have an issue with passengers trying to pretend their pets are actually service animals. 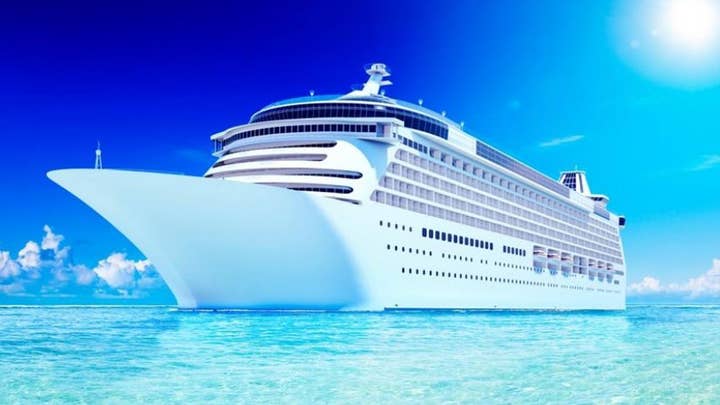 “Working service dogs are not pets,” added a spokesman for Carnival Cruise Lines, who also said there don’t seem to be issues with pets masquerading as service dogs.  Pets, service dogs in training and emotional support dogs, which are not recognized by the Department of Justice, are also not permitted on Carnival ships, he continued.

When he first moved overseas, Sgt. Donovan said flying to England with his dog was pretty frustrating since no one seemed to be willing to confirm the pooch was on the flight or even where he could meet his pet on arrival.  “This has  been great,” said Donovan of his time on Cunard. Not only are the kennel masters taking “really good care” of Rayne, he says, but he and his wife are making a weeklong vacation out of the move back.

Dr. Amy Martindale, a veterinarian, echoed Donovan's praise. She’s immigrating to marry an American along with Bina, her 10-year-old rescue dog who weighs about 85 pounds.

“I didn’t know what to expect,” said Martindale. “But she’s really relaxed. Her kennel is nice and big, she has bedding from home, toys, fresh water and food.

The kennel allows four visits a day where owners can come play with their furry friends. The two kennel masters aboard, Oliver Cruz and Randy Perez, insist they have “the best job on the ship.” On most voyages, Cruz said, the kennel is full.  “You have to be an animal lover to do this job,” he said.  “They all get a lot of love and hugs and kisses.”

If cruisers had their way, there would be more kennels at sea.  According to a recent survey by CruiseCritic.com, over a third of respondents said they would consider cruising with a pet and nearly a quarter said they wished more cruise lines offered the option.

LEARN MORE ABOUT SAILING THE QUEEN MARY 2 AND OTHER CRUISES

Many of the cruisers with pets aboard the Queen Mary 2 are making a trans-Atlantic move and opted for sea voyage over flying.

The dogs, dubbed Very Important Pooches, get a red Queen Mary 2 coat, a picture taken by the ship photographers on deck in their red coats and a certificate stating they’ve crossed the Atlantic upon arrival.

“The only thing better,” said  Sgt.  Donovan, “would be having our dog with us in our cabin.”