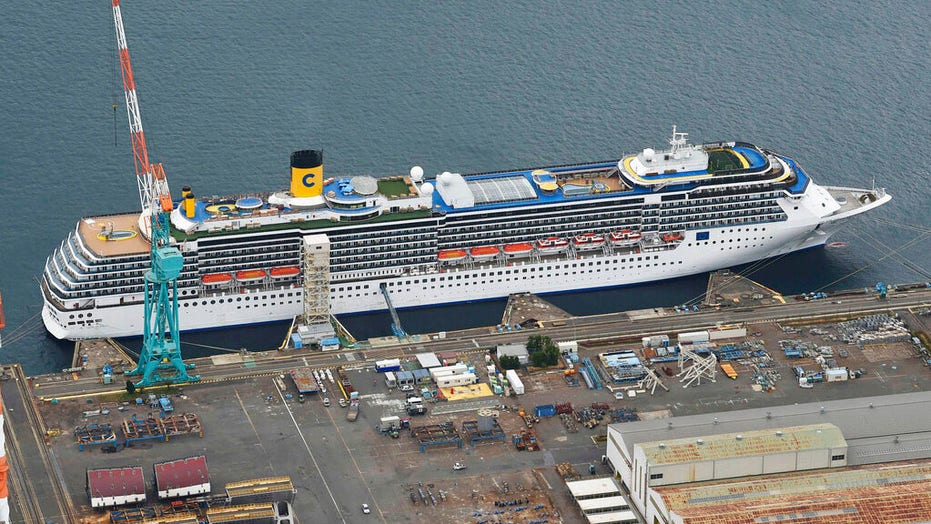 Nearly 50 of the 600-plus crew members aboard the Costa Atlantica cruise ship, which has been docked in Japan for months, have tested positive for coronavirus after an initial screening of less than a quarter of the workers.

The outbreak is currently being investigated by Japanese officials, some of whom are reportedly “puzzled” by the diagnoses, as the city where the ship is docked — Nagasaki — has only 17 reported cases, The Associated Press reports.

The Costa Atlantica, which is operated by Costa Cruises, originally docked in Nagasaki in February, after plans to sail to China for repairs were scrapped due to the COVID-19 health crisis.

Mitsubishi Heavy Industry, the company now in charge of the ship’s repairs in Nagasaki, had initially claimed that no crew members had left the ship since March 14, when Nagasaki reported its first case of COVID-19. In later statements, Mitsubishi said that crew members had, in fact, left the ship since March 14, but only after passing temperature screenings. They also reportedly acknowledged that some of the crew may have been switched out at some point.

The Costa Atlantica, operated by Costa Cruises, is currently anchored at a port in Nagasaki. Crew have been quarantined to their rooms following an outbreak of COVID-19 that infected nearly 50 workers as of Thursday. (Kyodo News via AP)

On Tuesday, the company announced that at least one crew member was experiencing cough and fever; by Thursday, at least 47 people had tested positive for COVID-19, according to The Associated Press. (Reuters reported that 48 out of 127 of those tested were positive.)

Officials said one of those crew members was transferred to a hospital and placed on a ventilator.

All of the other workers aboard the ship, aside from those performing essential duties such as food service, and who had not tested positive, are now quarantined in their rooms. Meanwhile, at least 14 crew members the food-service department were among those who tested positive, Reuters reported, citing a Nagasaki prefecture official.

Authorities are also reportedly concerned about the capacity of the prefecture’s hospitals should the outbreak worsen or require more crew to be transferred to nearby medical facilities for further care.

Italian-operated cruise ship the Costa Atlantica is anchored at a port in Nagasaki, southern Japan, Thursday, April 23, 2020. The Costa Atlantica docked since late January is struck by an onboard coronavirus outbreak in which dozens of crew members found to have infected, sending health officials in the southern Japanese city almost free of the virus scrambling to find clues to how the infections started on the ship. (Kyodo News via AP)

News of the Costa Atlantica’s outbreak comes more than two months after the Diamond Princess cruise liner, which docked in Yokohama on Feb. 3, began experiencing a COVID-19 outbreak that eventually infected just under 700 passengers and crew and resulted in the deaths of more than a dozen people.