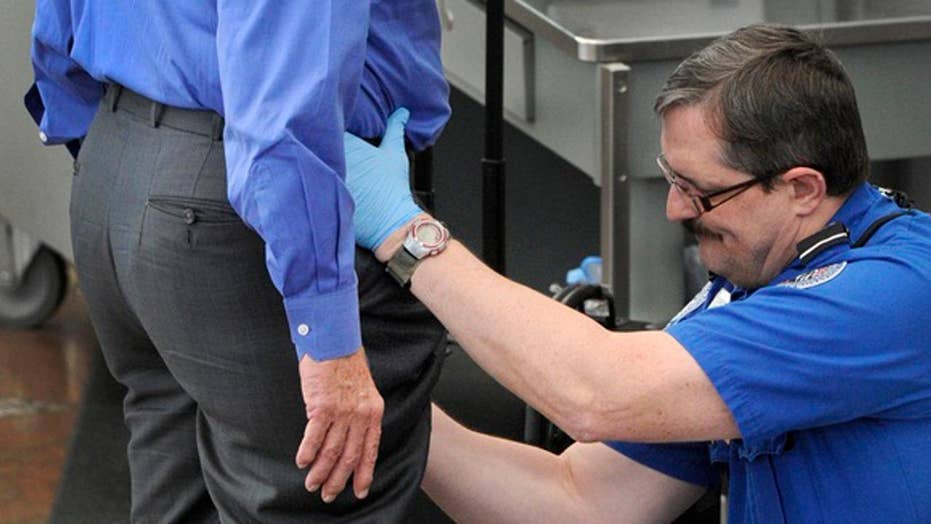 TSA screenings are about to get more invasive

A video filmed by a Texas mother showing her special needs child being pat down at Dallas/Fort Worth International Airport has gone viral, with many calling for immediate airport security reform.

On Sunday, Jennifer Williamson posted a 2-minute video to Facebook, which shows her son, Aaron (who reportedly suffers from Sensory Processing Disorder) being taken aside by a Transportation Security Administration (TSA) agent for additional screening and a physical exam.

"We have been through hell this morning," wrote Williamson. "They detained Aaron for well over an hour at DFW. (And deliberately kept us from our flight...we are now on an alternate) We were treated like dogs because I requested they attempt to screen him in other ways per TSA rules."

The clip, which has since garnered over 6.5 million views, shows a security agent thoroughly patting down Aaron’s arms, waistline, checking the boys thighs, underarms and pockets. As noted by many commenters on Facebook, some areas are patted twice from the front and back. Williamson has not confirmed her son's age.

WHAT YOU NEED TO KNOW ABOUT THE ELECTRONICS BAN

While Aaron appears to remain calm throughout the video, his mother has branded the entire experience as “horrifying.”

“Let me make something else crystal clear. He set off NO alarms,” Williamson continued in her post. “He physically did not alarm at all during screening, he passed through the detector just fine. He is still several hours later saying "I don't know what I did. What did I do?" I am livid.

"Somehow these power tripping TSA agents who are traumatizing children and doing whatever they feel like without any cause, need to be reined in."

In statement provided to Dallas' WFAA, TSA defended the officer's actions, noting that the agency "allows for a pat-down of a teenage passenger, and in this case, all approved procedures were followed to resolve an alarm of the passenger’s laptop.

"The video shows a male TSA officer explaining the procedure to the passenger, who fully cooperates. Afterward, the TSA officer was instructed by his supervisor, who was observing, to complete the final step of the screening process."

But with over 66,000 comments, and 100,000 shares, the video is garnering plenty of anti-TSA sentiment online. Hundreds have weighed in, with many sharing similar experiences, blasting the agency or calling for immediate reform.

Earlier this month, TSA announced that it was moving to a more comprehensive physical screening procedure, which may involve more agent-to-passenger contact when deemed necessary by screeners.

The airport, meanwhile, is directing concerns back to the TSA, encouraging commenters to file a formal complaint with the agency.

@MDaboosh @TSA We understand your concerns and we have notified @AskTSA. To file a formal complaint, please visit: https://t.co/wGbvUlOVP1

@savannahsablan We understand your concerns and we have notified @AskTSA. To file a formal complaint, please visit: https://t.co/wGbvUlOVP1

This week, a Care2 user named Julie M. started an online petition in support of Williamson and her son. The petition, which currently has more than 1,200 supporters, is asking for the TSA clarify its pat-down procedures and do more to accommodate children and other travelers who ask for different screening.

A representative for the TSA was not immediately available for comment.