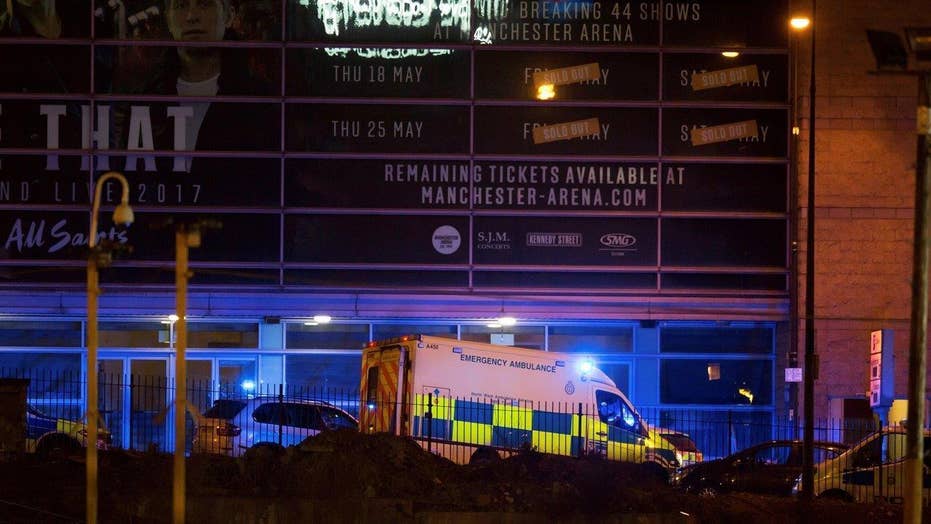 As people around the globe continue to express condolences for those affected by the deadly Manchester Arena attack, many in the U.S. are viewing the tragedy as a rallying point for enforcing tighter travel restrictions.

On Monday, a suicide bomber detonated an improvised explosive device near the exit of Manchester Arena as an Ariana Grande concert was ending. British officials have confirmed 22 deaths and dozens of injuries—many life-threatening—in the wake of the attack.

The deadly incident, which comes as President Trump continues his efforts to enforce a ban on refugees and immigrants from predominantly Muslim countries entering the U.S., is already boosting support from many commenters on social media now calling for a widespread travel ban.

But others are urging those on social not to use the tragedy to politicize the controversial order.

In January, Trump's executive order blocked citizens from Iran, Iraq, Libya, Somalia, Sudan, Syria and Yemen-- and placed an indefinite ban on Syrian refugees.  It sparked widespread controversy after its initial implementation caused chaos and confusion at airports nationwide. Courts across the country blocked the order in February.

FLASHBACK: LONDON TERROR ATTACK - IS IT SAFE TO TRAVEL TO THE UK?

At the time, Reuters reported that just one-third of Americans thought a widespread ban would make the homeland safer. In light of the recent attack, however, security experts say the public may come to unsubstantiated judgements based on fear.

"What normally happens after an attack such as the tragic events recently in Manchester is that travelers, whether business or tourist develop an irrational fear of terrorist attack, or get an inaccurate view of the country in question, whether that is the UK, France or Germany," Mark Deane, CEO of ETS Risk Management, which offers security solutions for high-profile executive and events around the world, told Fox News via email.

Though the chances of tourists being harmed by terrorists while overseas is very minimal, Deane says his firm has received a boost in inquiries for personal security, secure transport, executive protection and event security services from high level CEOs traveling throughout Europe-- particularly in Paris-- due to the events that have unfolded in the past year.

In March, Trump issued a revised order, which removed Iraq from the list and allowed provisions for waivers on a case by case basis, including allowances for people in need of urgent medical care and those employed by the U.S. government.

The president's second attempt was halted by a federal judge in Hawaii.

Deane says that although travelers may be fearful, a blanket ban that doesn't apply the "core principals of border management" (developed background and vetting of high risk persons and of those traveling from high-risk destinations) isn't the answer.

"There is never the requirement for broad bans, just the need for sensible precautions to be put in place that are intelligence -led and well implemented," said the security expert.

"This can be highlighted  by the recent implementation of laptop bans from certain regions and countries – intelligence led, and likely to extend into European travel."