The Conch Republic offers a lot more history than visitors might think. (iStock)

Key West is known as a party spot — a place to cut loose and get wasted. But it's got a lot more to offer, and visitors are discovering just how restful and relaxing a trip to this Key can be.

It’s the most southerly spot in the continental United States, and its tropical climate offers heat and humidity pretty much year-round. It’s also surrounded by water, so fishing, swimming, kayaking, snorkeling, scuba diving and jet-skiing are just a few of the activities a traveler can partake in on any given day.

But aside from the sun and sand, it’s got a ton of history and culture.

A buoy marks the southernmost point in the continental United States. (Clint Henderson)

ITALY'S MOST OVERLOOKED CITY IS A CROSSROADS OF ART, FASHION AND CULTURE

The Caribbean-type climate has led to some unique features in town, including its prevalent “Conch house” constructions. Bahamian immigrants to the area in the 19th and early 20th centuries allowed their ship-style construction skills to influence the homes they build on the piers, which feature lots of windows to let in the breeze, as well as clapboard sliding. Many of the homes now have historic preservation status. It keeps the town charming — especially the historic “old town” neighborhood.

And Florida is also home to one President’s so-called “winter White House” — and no, we're not talking about President Trump and his resort in Palm Beach, but Harry Truman and his Little White House in Key West.

"While they are higher-end furnishings, they were found in many of our parents and grandparents homes, thus reflecting the fact that Truman was one of us.”

"We are probably the only place in the world that it exists," said Wolz.

Another must-see for any visitor to Key West is the famous residence where legendary writer Ernest Hemingway wrote many of his most famous books. It’s open to the public, and you can take a tour with one of the knowledgeable tour guides.

The Hemingway Home &amp; Museum is a popular spot for tourists and writers. (Rob O’Neal Photography)

Six-toed cats that wander the Hemingway Home and Museum, many of which are descendants of Hemingway's beloved polydactyl feline friends. (Rob O’Neal Photography)

Dave Gonzales is the Executive Director and a Curator at the Ernest Hemingway Home and Museum, and he said visitors drop by for any number of reasons: “Some come with expectations of gaining literary insight; some come to experience the beautiful architecture of the limestone buildings built in 1849-51; some to just sit and meditate in the lush tropical gardens; some come just for the opportunity to see the world-famous six-toed cats; and some come for a quick look-see but fall into a world of their own imagination.”

Key West is home to plenty of resorts, too, including several Hyatts, Marriots and Hiltons, and a lovely Waldorf Astoria resort, but many people prefer to stay at one of the many traditional "southern-style" guest houses.

One such charming guest house is the Marquesa. It’s a small boutique hotel with two pools and only about two dozen rooms. And the property was built in 1884 in that same “conch house” style described earlier.

Alex Petrov, who works at the Marquesa, said it's "an amazing place" to stay. "Location-wise, it's great — it’s only a block away from Duval Street, which is considered the main street. We’re in walking distance of everything — five, ten minutes to the sunset, [and] Key West is famous for its sunset. And of course … most of the staff have been here for over ten years so you get a great service." 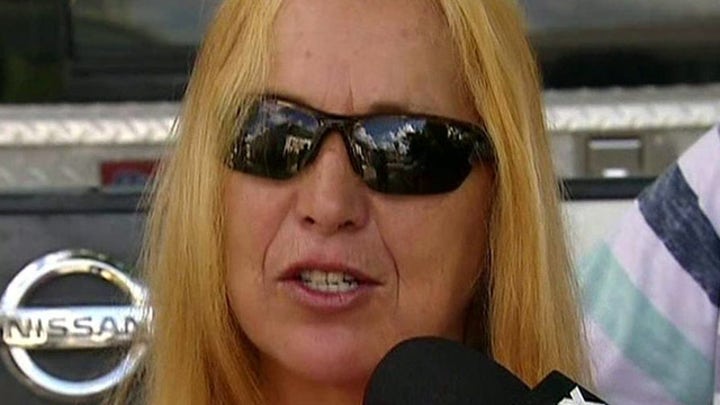 But his favorite part of working in Key West? It's the weather. “I think that’s the most important thing," he said.

Daniel Bitnar, who also works at Marquesa, added that he always encourages Key West visitors to experience the history, and check out its museums, art galleries, authors and music.

Brown was a fan of the food too, enjoyed several meals at local hot-spots like Azur, Sarabeths and Salute, the latter of which offered a key lime pie that was "off the chain."

And as far as partying goes, Brown noted that Key West isn't quite as debaucherous as it's thought to be.