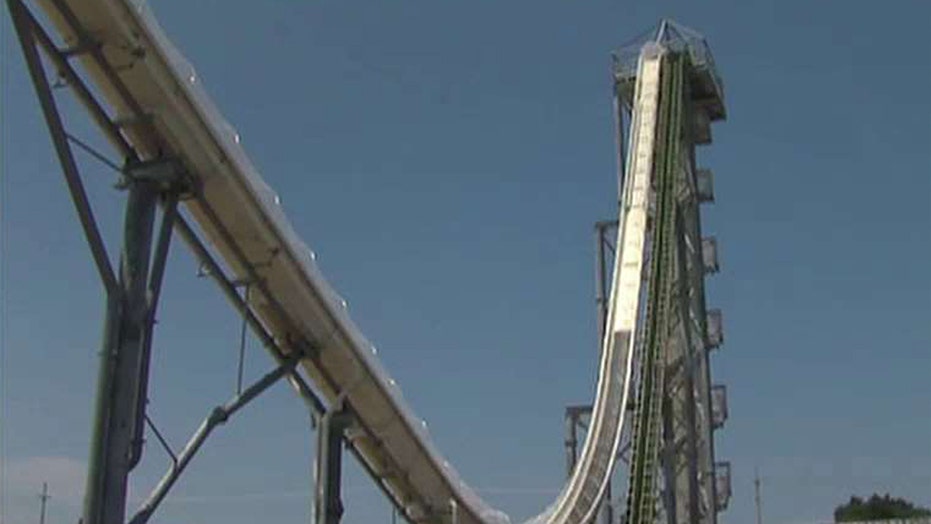 KANSAS CITY, Mo. – A 168-foot-tall Kansas waterslide on which a state lawmaker's 10-year-old son was killed last summer will be demolished once the unfolding investigation of the tragedy is finished, the water park's operators said Tuesday.

Schlitterbahn Waterparks and Resorts and the family that runs it said in a statement that the "Verruckt" ride at the Schlitterbahn park in Kansas City, Kansas, will be permanently removed from its tower "once the investigation is concluded and we are given permission by the court."

"In our opinion, it is the only proper course of action following this tragedy," the statement read, adding that "all of us at Schlitterbahn have been heartbroken over the tragedy that occurred on Verruckt."

The ride — billed as the world's tallest waterslide — has been closed since Caleb Thomas Schwab died Aug. 7 during one of its runs. The boy was decapitated in the accident, a person familiar with the investigation previously told The Associated Press on condition of anonymity because that person was not authorized to speak publicly about the boy's death.

Two other riders in the raft, both women, were injured.

Attorneys for Caleb — son of Republican state Rep. Scott Schwab — and the women are independently investigating the accident. No charges or lawsuits have been filed as of Tuesday. Messages left by the AP after business hours Tuesday for the attorneys were not immediately returned.

Verruckt — German for "insane" — featured multi-person rafts that make a 17-story drop at speeds of up to 70 mph, followed by a surge up a hump and a 50-foot descent to a finishing pool.

Riders, who were required to be at least 54 inches tall, were harnessed with two nylon seatbelt-like straps — one crossing the rider's lap, the other stretching diagonally like a car shoulder seatbelt. Each strap is held in place by long straps that close with fabric fasteners, not buckles. Riders hold ropes inside the raft.

Riders are weighed to ensure each raft carries between 400 pounds and 550 pounds.

States' regulations of waterslides and other amusement rides have faced scrutiny following Caleb's death. Kansas is known for its light regulation of amusement park rides, and the Texas-based company that operates Schlitterbahn lobbied legislators to help ensure that it remained responsible for its own inspections.

Kansas mandates annual inspections of permanent amusement park rides but allows private inspectors to do the checks, rather than requiring a state inspection. A document released by the state Department of Labor after Caleb's death showed that all of Schlitterbahn's rides passed private inspections in June.

Lynn Johnson, an attorney for the women injured while accompanying Caleb in a raft, said in August that his clients "want answers and assurances from Schlitterbahn that that slide will be corrected or not continue to be in operation."

"If necessary, there will be litigation," he said then.

Schlitterbahn Waterparks and Resorts said in its statement Tuesday that it has been cooperating with investigators and the victims' families and attorneys, noting that "the safety of our staff and our guests is our top priority."

"In our 50 years of providing an environment for families and friends to gather," the statement read, "we've never experienced this kind of devastating event."