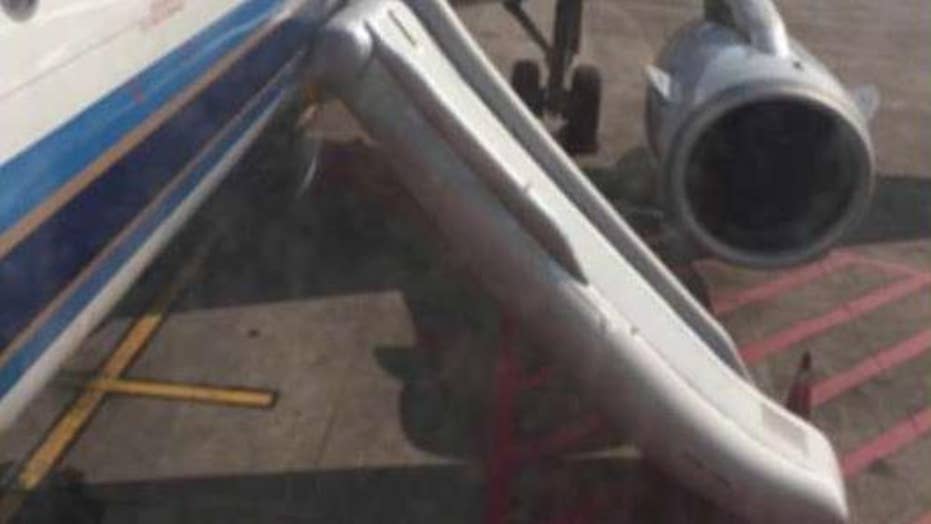 A first-time airline passenger in China caused a major flight delay after accidentally deploying the aircraft’s inflatable evacuation slide when she was looking for a restroom.

According to Shanghaiist, the incident occurred on Friday afternoon on state-owned China Southern Airlines flight CZ3456 from Chongqing to Shenzhen. The plane had just finished boarding and was ready for takeoff when passengers reportedly heard a hissing noise. Then crew noticed an evacuation slide had been deployed, which alarmed guests and ended up delaying the flight by several hours.

It was soon discovered that a 50-year old woman, who was taking her first flight, had tried to open the door, thinking it was a lavatory. She told crewmembers the first bathroom she tried had a very long line.

Airplane guests were evacuated from the plane and forced to wait at least two hours while the airline worked to fix the deployed slide.

A disgruntled passenger took to Chinese social media site Weibo to post about the incident. "A passenger wanted to use the toilet but opened the cabin door, the emergency slide deployed, we still haven't taken off and were removed from the plane."

After the incident, cabin crew confiscated the woman’s boarding pass and passport. She was not allowed to fly to Shenzhen and was instead taken to the police for investigation.