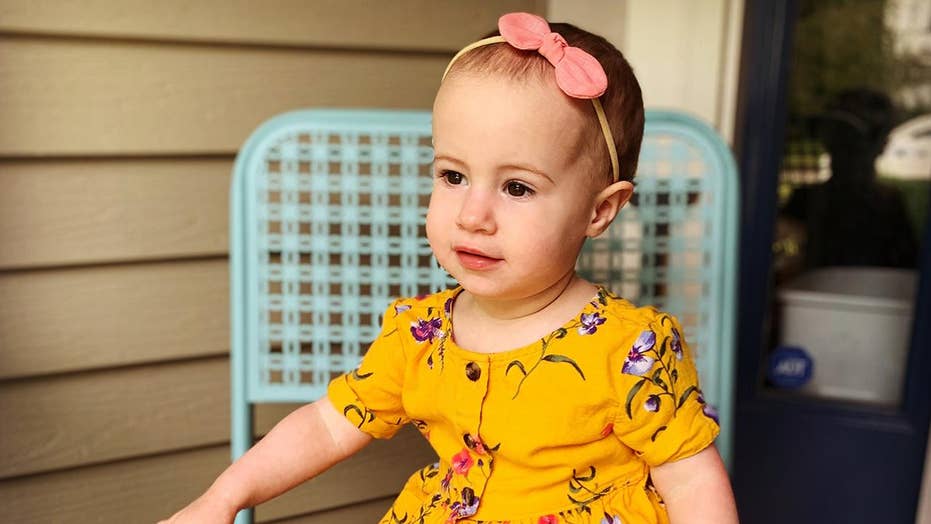 The parents of Chloe Wiegand, the Indiana toddler who fell to her death from the open window of a cruise ship docked in Puerto Rico, say it was ‘physically impossible’ to blame the child’s grandfather and accuse Royal Caribbean Cruises of lying in its motion to seek the dismissal of the family’s lawsuit. The Wiegand’s family attorney, Michael Winkleman, sat down with Fox News to explain.

Attorney Michael Winkleman, representing the Indiana family suing Royal Caribbean over the death of toddler Chloe Wiegand who fell from an open ship window in July, is accusing the cruise liner of lying about how the incident transpired and claims a recent inspection of the ship proves it.

Winkleman spoke to Fox News, explaining that Chloe’s grandfather, Salvatore Anello, who was holding the 18-month-old when she fell from his arms while the cruise ship was docked in San Juan, Puerto Rico, had no idea the window was open at the time of the tragedy.

The cruise ship has previously claimed Anello was “well-aware” of the open 11th-floor window when he lifted Chloe up before the fatal fall.

Now Winkleman is speaking out against the claims after conducting an inspection of the ship with a maritime safety expert, which he says proves the cruise ship has been giving a “false narrative.”

“Really, we think since day one, they've always tried to make it seem as though and what they said in court papers was that Sam can be seen to walk up and lean over the railing out the window. And that's incorrect. That's just factually incorrect. If you look, if you take time to look at the photos and the reconstruction of what we did, you will see that's not possible,” Winkleman told Fox News.

“So the reason why we say it's physically impossible for him to do that is we actually just [tried] to get my law partner, for him to even touch his head on the window," he said. "He would have to get it up on his tippy toes on a railing where his feet were [...] more than seven inches off the ground. And that would be just to touch his head where the glass is. So to be able to go out of that window, you'd have to lean so far that you would be at risk of falling. Therefore, it's essentially physically impossible. But more importantly, I think, is just that it shows that the position that Royal Caribbean is taking is untrue."

Royal Caribbean has claimed that security camera footage shows Anello leaning out of the open window prior to Chloe’s death. The cruise liner sought to dismiss the case based on the security footage, blaming Anello’s negligence for the tragedy.

However, Winkleman alleges that the security footage is “deceptive” and only uses two angles of the available 13 cameras. The lawyer has filed a motion to both strike the video footage submitted and for Royal Caribbean to “produce all video footage from all of the cameras.”

In a previous statement shared with Fox News by Royal Caribbean, the cruise liner called the incident a “heartbreaking tragedy,” but offered no further comment on its motion to dismiss.

“The death of Chloe Wiegand is undeniably a heartbreaking tragedy that has prompted a criminal prosecution of Chloe’s step-grandfather and a civil lawsuit brought by the Wiegand family attorneys. Our position in the matter is outlined in our Motion to Dismiss, which we were legally mandated to do in response to the civil complaint. The motion was filed in Federal Court in South Florida and is available to the public," Royal Caribbean said.

Anello was charged with negligent homicide by Puerto Rico prosecutors in November. The charge carries a maximum sentence of three years in prison, if he is found guilty.