United sent a family's dog, Irgo, to Japan instead of Kansas by mistake. (iStock / Joseph Swindle)

After a mix-up with United that resulted in a family's dog being sent to Japan instead of Kansas by mistake, Irgo the German shepherd is returning home.

According to his owners, Irgo will be traveling by private charter Thursday on a nearly 12-hour long flight, leaving Narita International Airport in Tokyo at 10:30 p.m. local time and arriving back home in Wichita, Kansas around 8:25 p.m.

Irgo ended up in the foreign country mistakenly when his owner, Kara Swindle, was moving with her family and pet from Oregon to Kansas.

Swindle was traveling to Wichita with her two small children on a United flight Tuesday. 10-year-old Irgo was being flown on a separate flight the same day, KCTV reports. 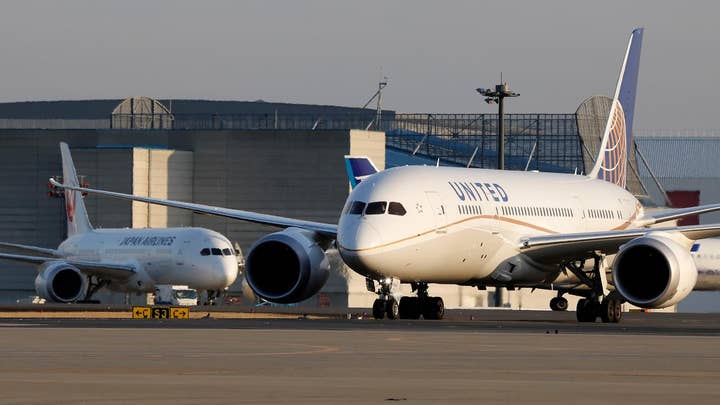 Since Irgo is a large breed, he had to be transported by kennel in the cargo hold of the plane. When Swindle went to pick up her dog from the cargo facility, she discovered Irgo was missing and there was a Great Dane waiting, instead. She learned that the two dogs had been mixed up and her dog had been sent to the Great Dane’s destination in Japan by mistake.

Swindle told KCTV she has no idea how the mix-up happened, but the airline told her the kennels looked similar. “I just want to know where my dog is,” she said. “They have our paperwork here saying that this is the correct dog, but we know it’s not. It’s just horrible.”

The airline reportedly told Swindle that because Irgo was on an international flight, he might have to be quarantined for up to two weeks before he can be flown back, according to KCTV.

“At this point, all I can do is be hopeful that my dog is going to be OK and return safely," she told KCTV. "I don’t know what else to do at this point. I can’t cry anymore. I’ve cried too much.”

The airline confirmed the mix-up in a statement to Fox News: “An error occurred during connections in Denver for two pets sent to the wrong destinations. We have notified our customers that their pets have arrived safely and will arrange to return the pets to them as soon as possible,” United spokesman Jonathan Guerin said.

“We apologize for this mistake and are following up with the vendor kennel where they were kept overnight to understand what happened.”

This isn’t the first time United has made headlines for an issue involving pet transportation. Earlier this week a dog died on a United flight after the attendant allegedly told the passenger she had to store the pet and its crate in the overhead bin, despite the fact that she had paid $125 to have the pet on the plane with her.