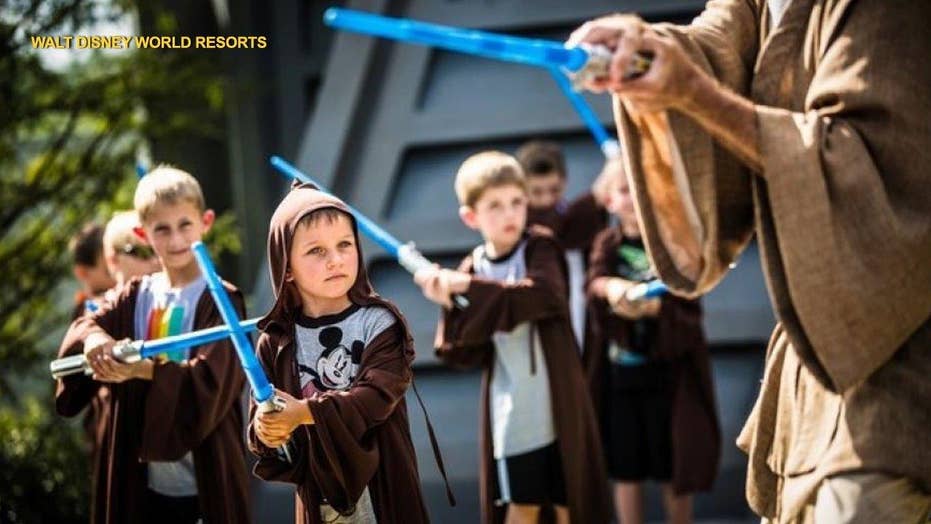 Features & Faces: Studio says only they can train Jedi warriors

Lucasfilm, which has been owned by the Walt Disney Company since 2012, a, is suing the operators of two programs that teach students how to use lightsabers and act like true Jedi warriors.

At the New York Jedi School, students can take part in “the best light saber choreo classes anywhere on the East Coast,” while the Lightsaber Academy, a San Francisco based enterprise started the Jedi School's Flynn Michael. offers certification for individuals aiming to be a “Lightsaber Instructor.”

But Disney says neither of these programs is on par with its real Jedi masters and, more importantly, they're infringing on one of the world's most recognized brands.

In a complaint filed in a California federal court Friday, Lucasfilm alleges that the defendants at the schools used the company’s trademarks without permission. The suit also claims that the New York school applied to register trademarks for “New York Jedi” and that their Light Saber Academy logo looks too similar to the one already trademarked by the film company.

Lucasfilm is seeking an injunction stopping the defendants from using the marks, orders to destroy all infringing materials, a transfer of the allegedly offending URLs to Lucasfilm and a withdrawal of all related trademark applications. The company is also demanding up to $2 million in statutory damages for each trademark that was infringed upon.

Official “Jedi Training” is available for preschoolers, kids and young adults at Walt Disney World. In Disney's programs, students “learn how to use the Force—and their wit—to wield lightsabers.”

For older pupils who want to wield the Force's most iconic weaponry, Disney recently filed a patent that could make “Star Wars” lightsabers a reality. The park is currently building 14-acre Star Wars theme parks at Disney World and Disneyland and its application for an “Audience Interaction Projection System” implies that visitors at the new parks could experience a hyper realistic lightsaber experience.