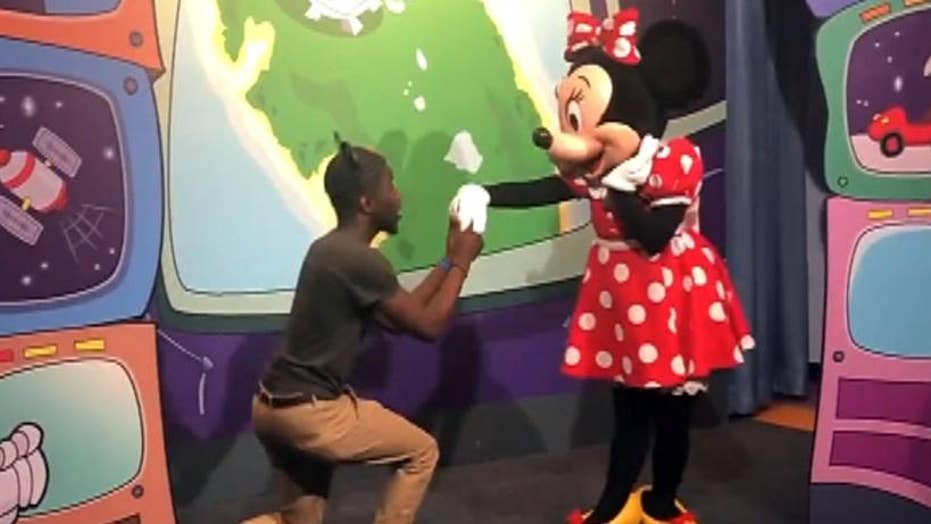 Scandal struck at the happiest place on earth, when a gleeful Minnie Mouse accepted a man's marriage proposal to the shock of Mickey Mouse.

Scandal has struck "the most magical place on Earth" this week after a gleeful Minnie Mouse accepted a man's marriage proposal — to the shock of Mickey Mouse, who secretly witnessed the act.

Twitter user @NairobySandoval posted a 40-second video of her friend, Johnny Jean, going to give Minnie a hug at Walt Disney World’s Epcot Character Spot, before dropping to one knee to ask for her gloved hand in marriage, ABC News reports.

Minnie appears to accept, and the pair share a hug as Sandoval and her companions cackle with laughter. Seconds later, however, the iconic character appears frightened, and points off to a nearby corner where Mickey Mouse, her lifelong partner, witnessed the entire ordeal.

Minnie rushes to Mickey’s side, but he angrily points at Jean before storming away. Minnie then appears to lament the quick decision she made.

In the days since, the clip has gone viral online, with over 4 million views and 400 comments.

As of press time, neither Mickey nor Minnie have yet to comment on the apparent betrayal.