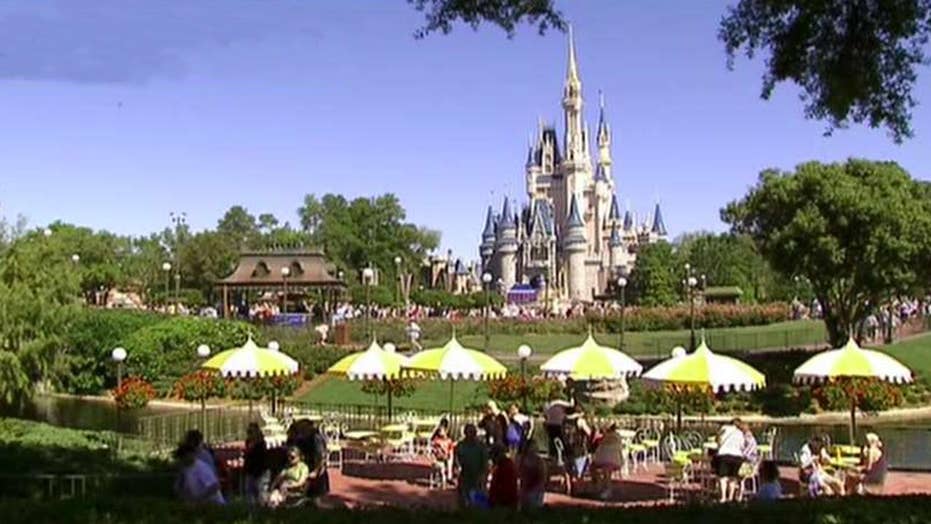 Seen and Unseen: Disney fans reportedly spread ashes of loved ones at the 'Happiest Place on Earth.'

Just in time for the busy summer vacation season, Disney has announced new park policies for both Walt Disney World and Disneyland. Most notably, smoking has been banned and size restrictions have been implemented for strollers allowed inside the two legendary theme parks.

Reps for the entertainment giant announced the updated policies on Thursday, with the changes slated to take effect on May 1.

According to the statement from the official Disney Parks Blog, strollers can be no larger than 31 inches wide and 52 inches long as of this summer. Families visiting Disney World have the option to rent a single or double stroller at the park itself, an option that the blog post teases “will soon” be offered at Disneyland as well.

Likewise, reps for Mickey Mouse reminded fans that wagons and stroller wagons are not permitted in the parks, either.

“These updates are designed to help guest flow and ease congestion, making the parks more enjoyable for everyone,” the notice states.

Most notably, smoking has been banned and size restrictions have been implemented for strollers allowed inside of the two legendary theme parks. (Getty)

In addition, there will no longer be smoking areas for tourists in various hotspots. Specifically, smoking will not be permitted in Disney World, Disneyland or any of the various water parks, as well as ESPN Wide World of Sports Complex or Downtown Disney in California.

Nevertheless, accommodations will still be avaliable.

“Designated smoking areas will be available outside the entrances of the areas listed above and at Disney Springs in Florida,” the announcement continues. “For guests who have room or dining reservations, smoking areas are also available at Disney Resort hotels.”

Reps for the entertainment giant announced the updated policies on Thursday, with the changes slated to take effect on May 1. (Getty)

Finally, the notice concludes that loose or dry ice will no longer be permitted inside the parks, effective March 28 — though Disney enthusiasts will be glad to learn that there’s still a trick to keep their cooler drinks cold, for free.

More information on the updated park policies is available at DisneyWorld.com/Rules and Disneyland.com/Rules.