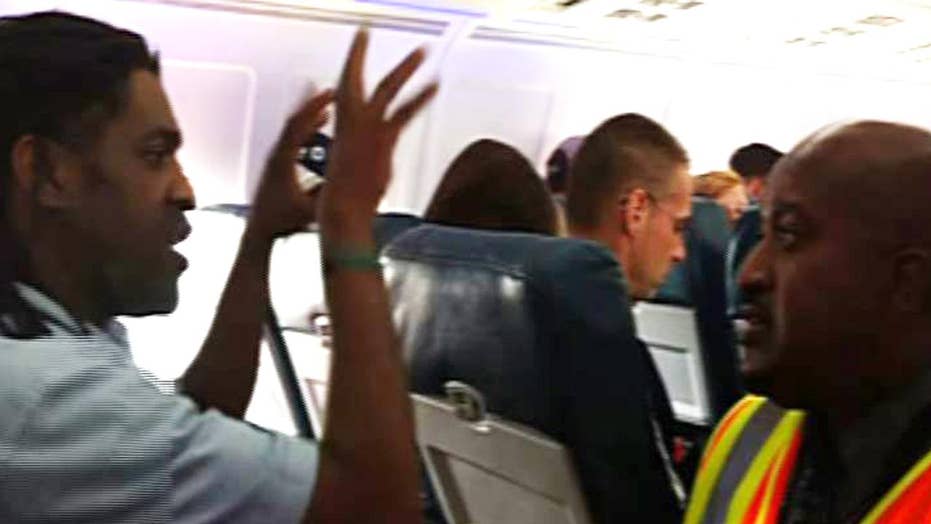 Two years ago, a Delta Air Lines passenger found an unpleasant surprise in his seat pocket and now that passenger wants the airline to pay up.

Gabriel Ybarra was flying from Los Angeles to Atlanta in 2015 when he reportedly reached into the magazine pocket in front of his seat to grab his wallet-- but was stabbed by a sharp needle, TMZ reports.

After pulling the needle out of his finger, which was “bleeding profusely,” Ybarra told TMZ he saw his life flash before his eyes.

The passenger says he went to the doctor immediately after the incident, where he had to undergo a number of tests and take medication to make sure he didn’t contract any diseases like HIV, according to TMZ.

Now, Ybarra is suing the airline claiming that, as a result of the incident he was forced to take medications that caused months of dizziness, headaches, body aches and diarrhea, and that he couldn’t “perform his duties as a husband” for months, TMZ reports.

This isn’t the first time Delta has found itself in legal trouble.

In May, a family from New York filed a lawsuit against the airline after an agent smacked a 12-year-old boy's phone out of his hand for filming people’s reactions to a delayed flight.