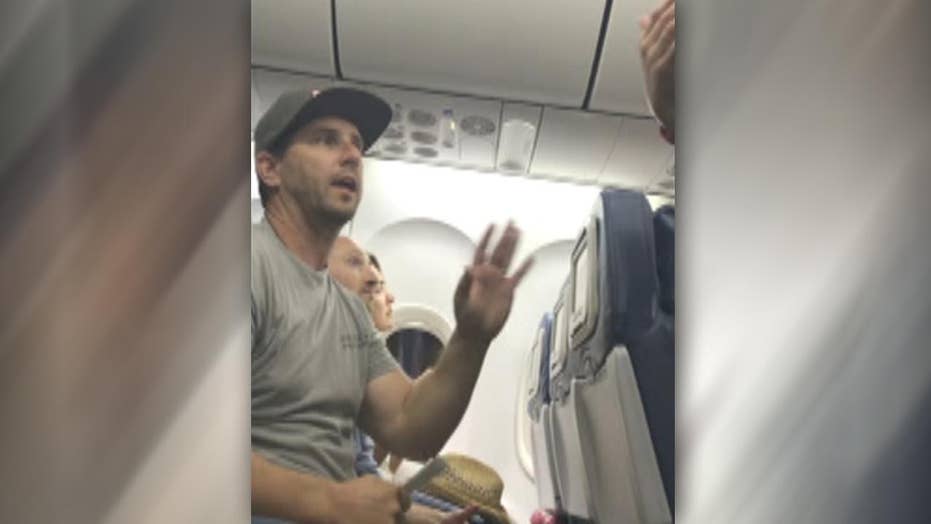 After a bit of bad press, Delta has admitted that they aren’t quite ready to face to the media.

In a statement Delta issued on its official Media Day website, the company says it’s postponing its International Media Day until sometime later this year. The airline went on to cite Congress’ recent interest in “airline customer service issues that have gone viral on social media” as the reason for the decision.

Indeed, the airline has had its share of controversies in the past weeks. The most controversial, perhaps, concerned Brian Schear and his family, all of whom were booted off a flight from Hawaii to Los Angeles after he refused to give up a seat he was reserving for their 2-year-old son.

In fairness, the family had originally reserved the seat for another adult son, but an attendant on their flight did not allow Schear to ride with the child in his lap after he tried to acquiesce to her demands. During the ordeal, she also threatened him — and his children — with jail time.

Delta later apologized for the incident and offered Schear and his family a refund, along with additional compensation.

Delta’s other recent incidents, which had also been captured on camera, concerned a man who was kicked off his flight for leaving his seat to use the restroom while waiting for his plane to depart, and a Delta pilot who was allegedly seen hitting a woman while breaking up a fight between passengers.

And, like United mentioned, House Transportation and Infrastructure Committee was quick to condemn the airlines for their treatment of passengers in a hearing on May 2.

“There’s something clearly broken when we see passengers being treated the way some of them were treated on recent flights,” remarked Representative Bill Shuster (R-Pa.) during the hearing initially called to address United Airlines’ treatment of David Dao, a 69-year-old passenger who was forcibly removed from a flight in April.

“Regardless of the contractual relationship between the airline and the ticket holder, it's just common decency and common sense that you don't treat a person that way, let alone a paying customer,” he added, per a transcript from NPR.

As for Delta’s make-up media day, the airline has yet to reveal a new date for the event.

“We are reviewing our plans to reschedule the event and will keep you informed,” wrote Ned Walker, Delta’s senior vice president and chief communications officer, in the company’s official message.

Delta’s original International Media Day was reportedly slated for later this week, when the airline was expected to reveal details on its new airplanes and cabin upgrades, reports USA Today.