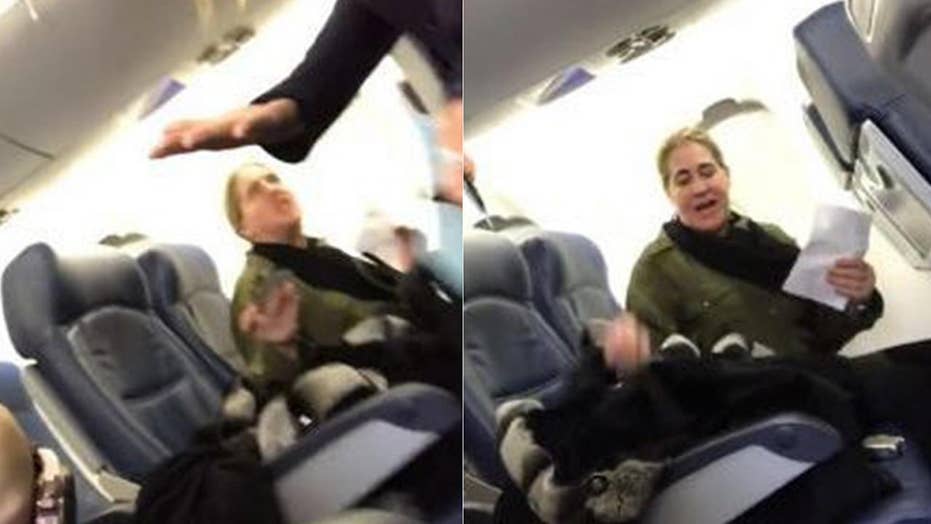 Delta Airlines passenger booted for ‘screaming’ about a baby

A passenger was removed from a Delta Airlines flight earlier this month for loudly complaining about having to sit next to an 8-month-old baby.

A woman who allegedly “screamed” at a mother and her baby aboard a Delta-operated flight has been suspended from her job with the New York State government.

The woman, identified as Susan Peirez by Spectrum News, was removed from an Endeavor Air flight on Feb. 6 following an incident just prior to takeoff at JFK International Airport. She was accused of “screaming" at a woman and her baby and seen threatening to have a flight attendant fired after stating that she works for New York Governor Andrew Cuomo.

A woman identified as a government employee with the state of New York has been placed on leave following an airline incident that was caught on video. (Marissa Rundell)

“State employees are and must be held to the highest standard both professionally and personally,” said Ronni Reich, a director of public information for the New York State Council of the Arts, where Peirez is reportedly employed as a program director.

“We were notified of this situation and have commenced an investigation. This employee has been removed from the office and placed on leave until further notice and until the inquiry is resolved,” added Reich.

In footage of the Feb. 6 incident taken by 19-year-old mother Marissa Rundell, who was traveling on the same flight to Syracuse, the woman identified as Peirez was heard remarking that she works “for the governor” before asking a flight attendant if she can sit further away from Rundell’s “crying baby,” which was not heard crying during the video.

“No. You were screaming at a woman and her baby,” the flight attendant responds.

Rundell told the Daily Mail that the woman continued to argue with a gate agent who had come to remove her from the flight, but ultimately left the plane.

A Delta spokesperson confirmed that the woman’s behavior did not meet the standards they expect of passengers.

"We ask that customers embrace civility and respect one another when flying Delta," the spokesman wrote in a statement. "This customer’s behavior toward a fellow customer on a flight from New York to Syracuse was not in keeping with those standards. We appreciate our Endeavor Air flight attendant’s commitment to Delta’s core values and apologize to the other customers on board Flight 4017 who experienced the disturbance."

Since the incident, Peirez’s name and image have been removed from the Councils of the Arts’ website, reported Rochester’s Democrat and Chronicle. The outlet was unable to confirm if Peirez was receiving pay during her leave.