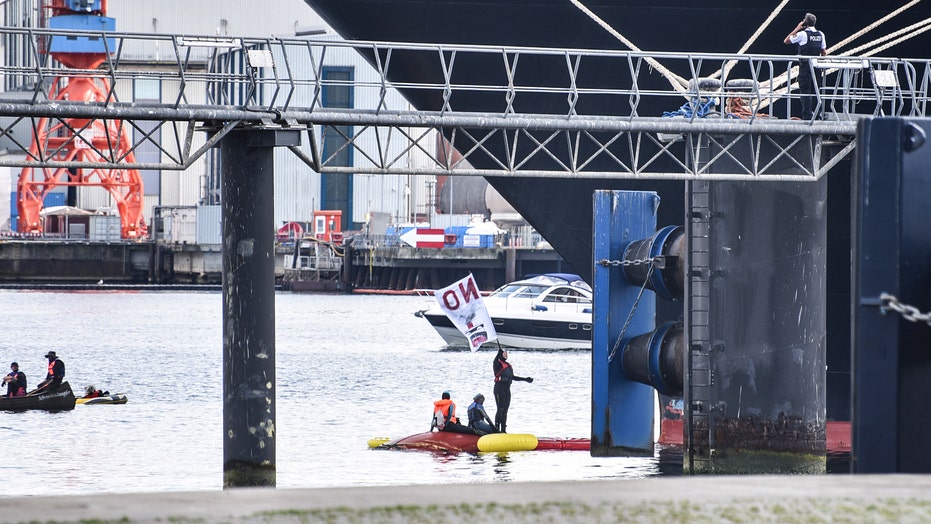 A group of activists took cruise-ship hatred to a new level.

Approximately 50 activists blocked a massive cruise from leaving a port in Kiel, Germany, on Sunday. The group claims that not only do cruise ships heavily contribute to pollution, but workers on these vessels are regularly mistreated and underpaid.

Members of the group Smash Cruises--t positioned themselves in front of the Holland American Line vessel, Zuiderdam, using small boats, Newsweek reports. They also displayed a large banner from a nearby crane which read “Cruises kill climate.”

It took police forces several hours to round up the various protesters, and the Zuiderdam’s departure was delayed until around 10 p.m.

The activist group released a statement through a website affiliated with what appears to a fellow climate change protest group. "We will no longer allow Pacific States to sink into the sea because holidaymakers lie in the pool and while they wait to travel from city to city," said an activist identified as Joanna.

"In recent years, we have distributed flyers again and again here at the terminal. However, the Kiel seaport has always tried to limit our freedom of assembly in every conceivable way and prevented us from turning to passengers,“ Joanna continued. "Now we are obviously in the way and making it clear: We will not tolerate the operation and a further expansion of cruises."

UPDATE: A spokesperson for Holland America Line sent Fox News the following statement: "Zuiderdam was delayed from departing the port of Kiel, Germany due to demonstration activities in the port. The ship sailed at 9:55 p.m. local time for Copenhagen, Denmark, as planned and arrived June 10 at 9:00 a.m., two hours later than originally scheduled. The ship departed Copenhagen June 10 on its regularly scheduled 14-day Northern Isles voyage."