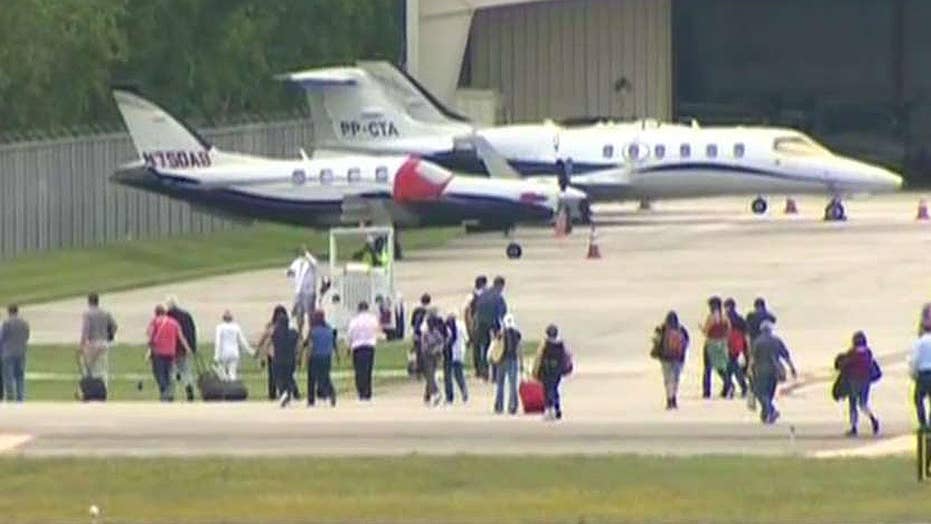 Florida lawmaker with the latest on 'Your World'

For many flight passengers arriving Friday in Fort Lauderdale, it was supposed to be the start of an idyllic week cruising the Caribbean. Then, the deadly shooting in baggage claim happened. Cruises have gone forward — but not without delays, arrangements for traumatized travelers and some dampening of the usual atmosphere.

Holland America Cruise line operates many of the massive ships that typically set out around the weekend from the tourism hub's Port Everglades terminal. The company is offering free counseling via a hotline run by emergency management company Empathia on at least two of its ships — one that departed Friday night and another that left Saturday, said company spokeswoman Sally Andrews.

"The staff are being very attentive to how folks are feeling on board," Andrews said.

The shooter retrieved his luggage at Fort Lauderdale-Hollywood International Airport's Terminal 2 in the early afternoon with a legally checked, unloaded pistol and ammunition, went to a bathroom to load up, then came out and started firing.

The rampage killed five people, wounded six and touched off chaos that prompted police to lock down the airport until evening, causing delays and separating many people from their belongings.

Mark Lea, 53, of Elk River, Minnesota, witnessed the shooting, helped a wounded woman, photographed the shooter's weapon in the baggage claim area — then spent much of Friday night in the airport, waiting to be released from the crime scene by authorities.

When he was, he went to his hotel. He and his wife decided to continue on with their cruise because it was their first anniversary. Once aboard his ship, he wasn't sure how many of the other passengers had witnessed the carnage in the airport — and wasn't keen on finding out.

"Been keeping pretty low key and trying to decompress," he said.

Although Robertson and her husband Tom arrived before the shooting happened, others passengers aboard the ship had lived through the ordeal.

As Robertson was headed to dinner Saturday night before the ship left port, she was reflective. A veteran of 10 cruises, she noted that the ship's captain was making more announcements than usual, and had thanked the passengers for being patient. She also discovered at least one of the victims who died was scheduled to be on her ship.

"We're all kind of feeling like, 'Oh my gosh, here we are on this beautiful cruise ship and these families were affected,' " she said. "I look at this beautiful ship right now and am having dinner thinking about folks who are supposed to be here."

Holland America delayed the departure of its Niew Amsterdam ship on Friday by several hours largely because passengers were kept at the airport while authorities investigated the shooting. There was also a matter of luggage; the airport's director says 25,000 pieces of luggage, cellphones and other belongings were separated from their owners during the shooting rampage.

The Eurodam was delayed until 9 p.m., Andrews said. Two passengers were unable to catch the Costa Deliziosa from Port Everglades on Saturday, so the company flew them to Nassau in the Bahamas to catch the ship.

A Carnival Cruises ship that took off Friday and that was supposed to have about 20 passengers who were delayed at the airport also planned to fly them to Nassau over the weekend, Carnival spokeswoman Jennifer de la Cruz said.