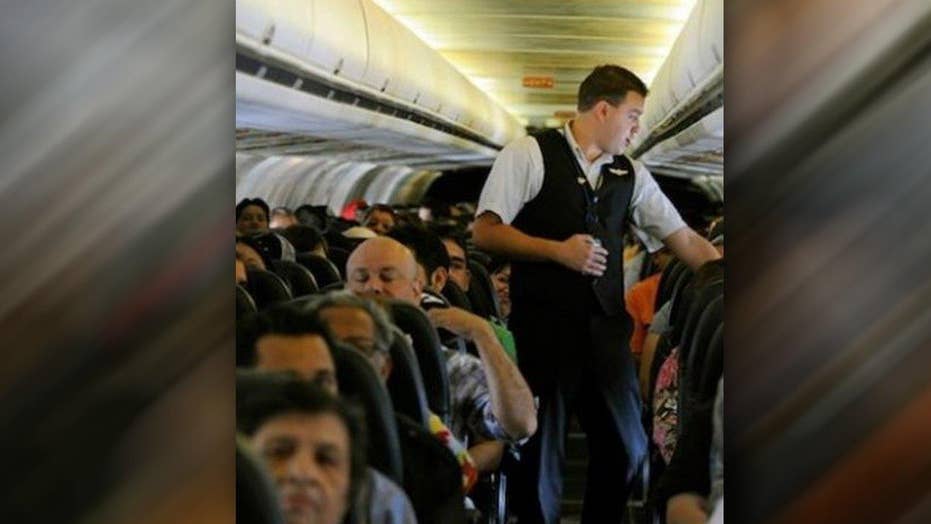 Tired of squeezing in the ever shrinking airline seat?

“The FAA requires that planes be capable of rapid evacuation in case of emergency, yet they haven’t conducted emergency evacuation tests on all of today’s smaller seats," Cohen said in a news release. "Doctors have also warned that deep vein thrombosis can afflict passengers who can’t move their legs during longer flights. Consumers are tired of being squeezed both physically and fiscally by airlines.”

Cohen says since the 1970s, the average distance between rows of seats has dropped from 35 inches about 31 inches today. The average width of an airline seat has decreased from 18 inches to about 16 ½, the release said.

"Doctors have also warned that deep vein thrombosis can afflict passengers who an't move their legs during longer flights," Cohen said. "Consumers are tired of being squeezed both physically and fiscally by airlines."

Cohen, who sits on the House Transportation and Infrastructure Committee’s Subcommittee on Aviation, faces long odds in getting his SEAT Act passed, but he intends to make the attempt.

The committee is scheduled to vote on this Thursday.