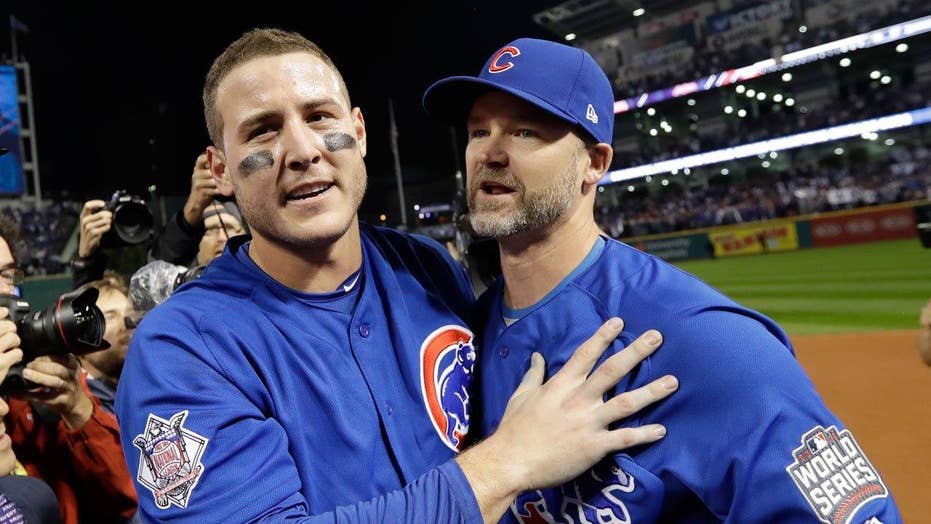 A few lucky Chicago Cubs fans may have just found their accommodations for the season opener at Wrigley Field.

In honor of the team's historic win over the Cleveland Indians in the 2016 World Series, the AC Hotel Chicago Downtown by Marriott, located near the city’s Magnificent Mile, is offering its guests a rate of $20.16 per night during the team’s first 2017 home game.

The special rate will be available on the nights of April 10 and 11 to coincide with team’s April 10 opener against the Los Angeles Dodgers, according to a hotel press release.

“Cubs fans and the city are still whirling in excitement over last year’s World Series win and we want to continue that momentum by offering special home-opener rates,” said Chris Zarek, the hotel’s general manager.

But of course there are rules. The hotel stipulates that guests will only be able to book the discounted rooms on Feb. 25 and 26, which happen to be the first few days of the Cubs’ spring training in Mesa, Ariz.

For comparison, the hotel’s website lists its current room rates on April 10 between $179 and $219 a night.

The Chicago Tribune also notes that the hotel’s special rates won’t be available online, either, but only by phone. And there's a limited availability — only 20 rooms on both nights— so it’s pretty likely that more than a few fans will get shut out.