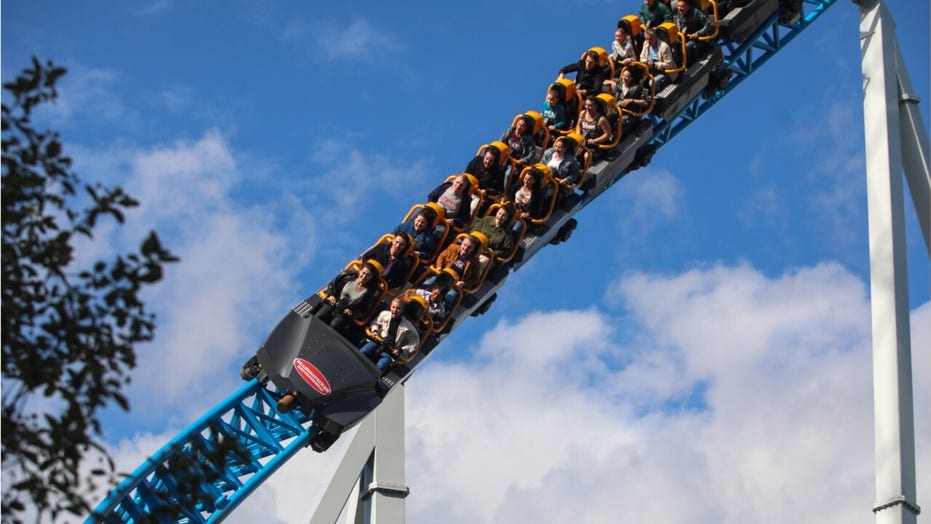 The biggest US theme parks in every region

With flying being a hassle, you might want to look into enjoying some famous theme parks near you. Check out some of the biggest theme parks throughout the U.S.

Sometimes, flying isn’t worth the hassle.

That can be a problem, however, for families looking to spend their vacations enjoying the rides at famous theme parks. Fortunately, there are several large amusement parks all over the country, with at least one of them — hopefully — within driving distance.

If flying isn't an option, there are still plenty of options for theme park fans around the country. (iStock)

MOST POPULAR DISNEY RIDE AROUND THE WORLD IS NOT SPACE MOUNTAIN

For residents in the northeast section of the country, however, there’s a fairly sweet alternative. Hershey Park is located in the aptly titled Hershey, Pa. The theme park was created by Milton S. Hershey for employees of his chocolate factory to use as leisure grounds. According to its website, Hershey Park features “more than 50 rides” and guests can meet their favorite Hershey "characters" (which include walking, talking versions of the company’s famous candy varieties).

For those who would rather not indulge their sweet tooths, there are several Six Flags amusement parks in the region, including the following areas: Agawam, Mass., Jackson, N.J., and both Lake George and Buffalo in New  York.

Of course, Florida is also home to Disney World and Universal Studios in Orlando, Fla. Both parks feature a variety of rides and attractions, as well as the many characters from each park's respective studio.

Adventureland in Altoona, Iowa, boasts over 100 rides and attractions. Guests can enjoy a variety of rides and, if hotels aren’t their thing, they can take advantage of the park’s campgrounds.

Roller coaster fans should check out Cedar Point in Sandusky, Ohio. According to its site, Cedar Point is the second oldest amusement park in North America, and is often referred to as the roller coaster capital of the world.

While Las Vegas boast several over-the-top attractions, the city itself isn't technically a theme park. Instead, southwesterners should head to Texas, where there's not just one, but two Six Flags amusement parks to choose from.

Since 1905, Portland, Oregon, has been home to one of the country’s oldest amusement parks still in operation. Oaks Amusement Park first opened as a “way of boosting ridership on the area’s emerging interurban transportation system,” according to its website.

Guests at Oaks Amusement Park “are delighted by a uniquely Portland blend of modern thrills and turn-of-the-century charm on a midway that houses everything from the vintage roller skating rink at one end to the state-of-the-art Adrenaline Peak Roller Coaster at the other.”

Of course, California is home to Disneyland and Universal Studios Hollywood. Much like their East Coast counterparts, these are some of the most well-known amusement parks in the world and are fans' best chance to hang out with Mickey (at Disneyland) or Harry Potter (Universal).