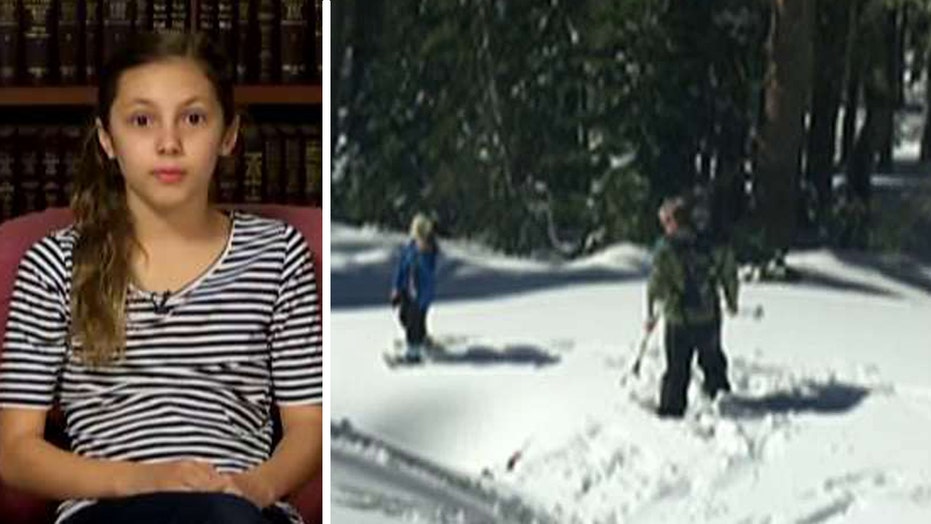 An Australian couple say they faced a near death experience after becoming stranded on a glacier in Iceland for seven hours during a ferocious snowstorm.

David and Gail Wilson were on a group snowmobile tour of Langjokull glacier with local touring company Mountaineers of Iceland, despite a storm warning having been issued earlier that day.

David Wilson told Iceland’s national broadcaster RUV the tour group was told to make sure their snowmobiles were lined up bumper to bumper as the guide went up and down to check on everyone.

FAMILY OF BOY KILLED ON KANSAS WATERSLIDE SETTLES WITH PARK

He said trouble struck when he accidentally killed the engine on his snowmobile.

“We were out on the glacier and a blizzard blew in. It started to get pretty hairy,” Wilson said.

“He [the guide] would always say, ‘Are you touching the [mobile] in front?’ I leaned forward to touch the [snowmobile] in front to have a look, and as I came back, my glove accidentally hit the off button.

THE SECRET HISTORY OF ELLIS ISLAND

“Nobody had told us how the off button or the on button worked. So, it conked out.”

Wilson said he stood on his snowmobile and waited for the guide to make his return trip down the line. But instead, the guide took off with the group, leaving the Wilsons stranded.

“We’d been told if anybody got left behind, stay put and they’d be back within five to ten minutes ... that’s what we did,” Wilson said.

“But we stayed there for two and a half hours and no one came back.

It was getting windier and winder, freezing cold, and it got to just before dark and we could see the trail in front of us so we thought we’ve got to try and follow this trail.”

The couple said they followed what they could see of the trail until they hit ice and it became pitch black.

They then decided to bunker down by digging a “big hole” they hoped would help them survive the night.

“At 7 p.m. we decided to turn the snowmobile off because we worried it would run out of gas and if it did we’d have no light, and we knew the light was the only thing that would save us,” Wilson said.

“My wife was petrified: she thought we were going to die.”

About two hours later the couple were spotted by a rescue crew and brought to safety.

Gail Wilson said it was a “relief."

“I thought we were going to be there all night until the morning and that wasn’t going to be very good,” she tearfully told RUV.

The Wilsons were taken to the hospital for x-rays and other medical tests, which they said cost them a “fortune."

Wilson now says he thinks the tour guide company, Mountaineers of Iceland, should be shut down.

“This company sent us out when there was a severe weather warning,” he said. “We spoke to another guide, he took his group out and within 15 minutes he turned around and brought them back because it was so unsafe.

Number two, they never told us anything about the on/off button. That’s just ridiculous. That’s protocol that should happen.

They were a very, very unprofessional company.”

Mountaineers of Iceland director Herbert Hauksson denied wrongdoing by the company but said he was “extremely sorry” for the couple’s misadventure.

“A search party was sent as soon as it was clear that one snowmobile was missing,” he said. “We are extremely sorry this occurred and will examine all processes in the future.”