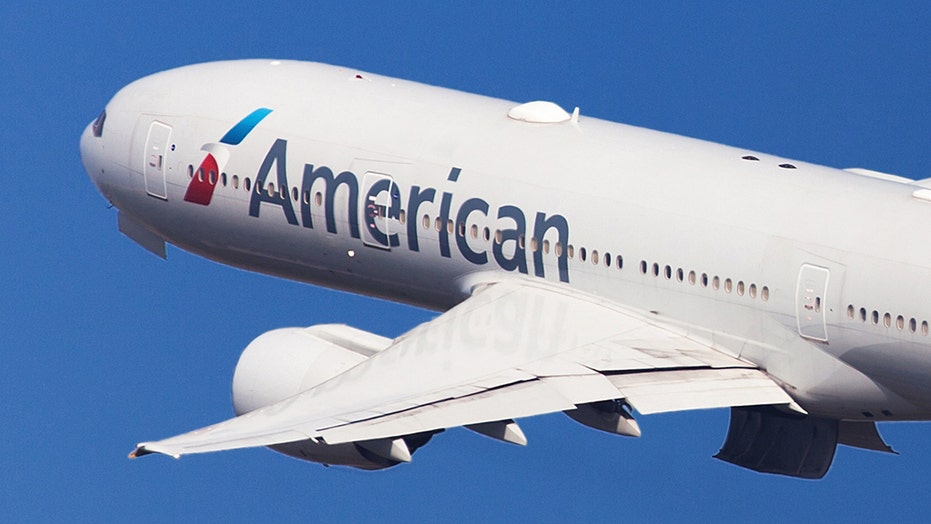 An American Airlines pilot capped off his 35 year run in the air by giving one passenger a very special gift.

Captain Joe Weis gave his AA Captain wings to Ki Klitenick, 2, a child with Down syndrome on the tarmac of Miami International Airport following a flight from Madrid on Oct. 2.

Flight 69 was the pilot's last before retirement, which was fitting considering it was Klitenick's first time in the air.

When he received his new wings in the cockpit, Klitenick smiled and clapped. He even said "thank you" in sign language after Weis pinned them to his shirt.

"It's so amazing what he did. The whole thing was so cool," Ki's mother, Sarah Tamar Klitenick, told the Orlando Sentinel.

Chance circumstances helped give Ki a flight to remember. Sarah, 34, and Ki happened to sit next to Joe's wife, Wendy, during the flight back from Spain.

"My last flight was very special for many reasons," said Weis on Facebook. "Wendy was sitting in a row with Ki and his mom back from Madrid. She found out that this was his first flight. Since it was my last and his first we decided to make it special. So I pinned my AA Captain wings on him after we landed in Miami."

Sarah and Wendy chatted before Wendy texted her husband as he was flying the plane. Weis eventually came out of the cockpit to meet with the young family.

“With all the negative things going on in the world, it’s just nice when people do things that are unbelievably nice,” Sarah told the Orlando Sentinel.

Since they've been home, Sarah says Ki can't stop talking about his new wings and friend.

Klitenick told the outlet when she says "Captain," her son responds "Joe!" and points to his chest where the wings are located.

"I will remember this always," Weis said.